Alice Cole is the youngest daughter of Martin, and Mary Cole making her a member of House Cole. Alice was born long after he other sister Natashia Cole, but when she learned of Natashia she obsessively followed her for years in Pontus. Alice is an extremely mysterious women that walked into Braavas and joined the White Rabbit Army.

Alice walked into Braavas and the gaurds that attempted to stop her found themselves transixed watching her move, and were incapable of stopping her. After a conversation with Natashia Cole she has become one of the most trusted, and loyal members of the White Rabbit Army, and has taken control of the religious aspects of the White Rabbit Army. In this copasity she has been the cause of the growth in belief that Natashia is a god, and through this the loyalty of the army becomes nearly unstoppable. Only Natashia Cole knows who Alice really is and her identity is kept a secret from everyone in the army lest she start getting secret too much attention for being Natashia's sister.

Alice found him stumbling drunk in the white paint of a clown outside of the tavern that she was staying. Alice helped him by picking him up, and bringing him to sleep in her room for the night. Alice was at this point no longer afraid of death or pain, so she did this without fear or nervosness. This new behavior was something that Mad Hatter had never known and as such he fell in love with Alice over the course of the two days he stayed with her. When she told him she was leaving for Bravaas to find her sister Mad Hatter said that he was going to accompany her on whatever she was doing, and she felt herself feel safer with that knowledge and thus she allowed him to come with her.

As Alice and Mad Hatter travelled the road towards the village of Bravaas where her sister was staying, they stopped for one night on the road. During the night when Alice came out of their tent she discovered a man tending to the fire, and cooking food. She returned quietly to the tent and told Mad Hatter but he appeared to already know and when he got out of the tent he told Alice that this was Lorten and he was the Mad Hatter's loyal servent.

“She was the first taste of what he wold have coming to him. He thought he was beyond any sort of punishment and his sisters ruined body would show him how wrong he was.”
— Natashia Cole

While the planning was going on Natashia became aware that Marge Lones the beloved sister of Pavio Lones was incoming to Pentos in order to visit their brother Hank who was one of the main targets of the invasion of Pentos. Marge Lones was coming with a troop of soldiers alongside her bodyguard lover Francis of House Yendarrion of whom was planning to propose their marriage during their time in Pentos. Natashia ordered her most loyal follower and sister in Alice to deal with the women, and she made sure that her sister understood that this was going to be as a killing could get. Alice went with the Mad Hatter, Meshire Cat, and the Knave of Clubs alongside an assortment of soilders and once they had entered Pentos they followed Marge Lones for a day before ambushing were she slept with Francis Yendarrion leaving Francis brutally killed, and kidnapping Marge and taking her west of the city before leaving her naked in the forest. Once she woke up they left a trail for her towards Pentos and they proceeded to stalk Marge Lones for two days as they drove her farther and farther towards Pentos. When Alice finally believed they had gotten the correct amount of fear out of her she bid Mad Hatter to kill her and leave her body in the most violent of ways in the garden that her family loved so much. The Mad Hatter obliged and dragged her all the way back to the garden where he discovered that her brother had gaurds searching the area for any signs of where she might have gone. The Mad Hatter waited until nighfall and then brought her to the center of the garden where he proceeded to do the actual act of killing her. Knowing he had to make it appear ritualistic and she had to have pain he proceeded to ceremonially butcher her and then her body parts were left strewn about the ground. With her death secured Natashia had Meshire Cat, and Alice watch the scene unfold as Hank was taken to see the body, and they relayed to her the pain and anguish that was all over his face as he looked at the scene, and all Natashia could think about was how he was next. 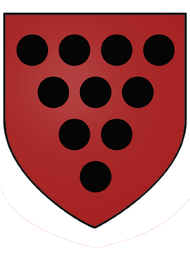 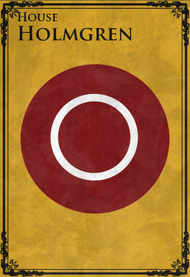 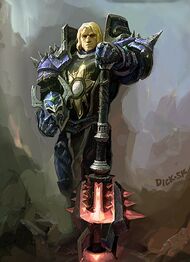 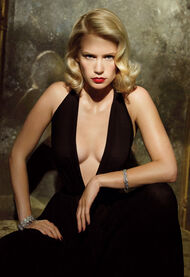 Natashia Cole - Sister
Add a photo to this gallery

Alice and the Mad Hatter have a very strange but loving relationship. While at first one would look and see father and daughter the relationship between the two is not one of a father and daughter and they have been intimate for nearly the entire period that they have been together. This relationship and love between the two has driven the Mad Hatter to become a loyal servent of the White Rabbit Army, and with this the White Rabbit Army is a stronger army then it would have been without them together.

Retrieved from "https://lucerne.fandom.com/wiki/Alice_Cole?oldid=53598"
Community content is available under CC-BY-SA unless otherwise noted.