Alysane Mountain is a very powerful level four Magi of whom has been convinced throughout her life by the Sindari Elf Esadyia Trueweaver into believing these powers are gifts from Glaurung and thus she has kept them secret believing Esadyia. Alysane is powerful enough that she has near complete control of her Magi abilities through the training with Esadyia leaving her able to conceal her abilities from even the most powerful of Magi.

Alysane was born the fourth of the children of Hylen, and Leyton Mountain and for this reason she was perhaps the most silent and hidden of the children. As she grew up she was given even less of a chance to gain relationships in House Mountain, when at the age of eleven she was sent to Marburg where she would become the handmaiden of Dianna Ordos. Alysane is targeted by the Elves of Eldre'Aran for assistance leading to Esadyia infiltrating Marburg and causing Alysane to travel to Eldre'Aran where she enters the Erlin'Ferh Barrow Dens where she becomes aware of her magi abilities and also becomes loyal to the nation of Eldre'Aran. Working alongside her allies at Eldre'Aran its Alysane that helps them get inside the fortress of Castle Fichbein where they are able to recover the Runestone of Eldre'Aran which has been lost for generations. Alysane is betrothed to Crinthor Estenbaum who at the time is fifteen years old, and as a young man he travels to Marburg to squire under Tristifer Ordos and to get closer to Alysane, but the religious difference between the two creates problems in their relationship. Crinthor is discovered as the father of two bastards and returns to Castle Estenbaum where he marries the two women thus ending his betrothal Alysane who is publicly embarrassed by this. Following her failed betrothal to Crinthor its Alysane that is sent to Lucerne at the invitation of her half brother Cuthwin and would join the Malatine of Emma Bell with the eventual hope of moving her into a position to become a marriage option to one of the princes of House Lovie. Alysane accompanies Emma to the tournament of Gulltown and during her time there she became close with Leven Martell who she bonded with over their shared attraction to William Lovie III, and through this she meets William for the first time. Alysane would be sent to Nortburg for the tournament of 5120 where her family had put her forward as one of the options to become betrothed to William Lovie III. and she made a good first impression on him and was thus named to join him on his trip to Turnendorf. She would spend nearly six years in Dianna's service and would only leave when her father would send a letter to her saying she had been married off to Arthur Ambrose of House Ambrose. She would arrive in her home in Kiel where she would be prepared to meet her family but her father had forgotten to have anyone meet her so she arrived at the town with only the family of Arthur Ambrose waiting for her. Arthur's mother would greet her with a hug and a kiss, and as she moved between each member she finally broke down into tears when Arthur took her hand and placed a kiss on her hand. Following the marriage Alysane would return to Ambrose Hold with Arthur and his family with her brother Garth and his wife and child to accompany her, and upon returning to Ambrose Hold she would become increasingly close to Arthur but also his family including his mother and sister and in this way she begin to take a true part of the leadership of House Ambrose. She would become pregnant shortly after her arrival in Ambrose Hold creating quite a lot of happiness around the hold and over the next two years leading to the Journey she would become pregnant once more and during this time she loved becoming a mother. Alysane would receive a letter from her niece Isabel Mountain which begged for Alysane to travel to Castle James Lovie I. and save Isabel from her parents and feeling the desperation in the letter Alysane was able to convince Arthur to gather a small troop of soldiers and travel to the castle to attempt to find out what was happening. Isabel Mountain would be found by her aunt Alysane, and her husband Arthur during the Ambush on the Eyes and the two would assist her in escaping from her parents who were preparing to make sacrifices to Chaos. Traveling with Alysane and the Ambrose survivors they would reach the Dwarven Hold of Thaig Vhelliun where they were able to get assistance to move quickly to Marburg where they attempted to warn both Forks and Tree Hill about the coming assault by the Orcs. Shortly before the Journey her mother in law Allyria Ambrose would get sick over a short period and passed away before anything could be done to help her, and a few days after this word reached Ambrose Hold that William Lovie III. had gone to Stormwind and was calling for loyalists to join him in recovering the city of Tree Hill from the Orcs that had destroyed it. During the Journey all the male members of House Ambrose would leave for the fighting outside of young Marq Abrose of whom she had become like a mother of sorts too since her arrival in Ambrose Hold, and thus during the period of the Journey she would become the Leader of Ambrose Hold, and was forced to deal with a banditry problem in the lands of House Ambrose.

Alysane was born the fourth of the children of Hylen, and Leyton Mountain and for this reason she was perhaps the most silent and hidden of the children. As she grew up she was given even less of a chance to gain relationships in House Mountain, when at the age of eleven she was sent to Marburg where she would become the handmaiden of Dianna Ordos.

Before she leaves Alysane Mountain speaks to her mother about why she is leaving for the Ordos lands and her mother tells her the truth in that her father sees no value in daughters other then marriage. Travelling to the lands of House Ordos she gets along well with Diana Ordos of whom is older then her, but she misses her mother. She would spend nearly six years in Dianna's service and would only leave when her father would send a letter to her saying she had been married off to Arthur Ambrose of House Ambrose.

Marriage of Arthur, and Allysanne

Death of a Mother

Shortly before the Journey her mother in law Allyria Ambrose would get sick over a short period and passed away before anything could be done to help her, and a few days after this word reached Ambrose Hold that William Lovie III. had gone to Stormwind and was calling for loyalists to join him in recovering the city of Tree Hill from the Orcs that had destroyed it.

Bandits in the North

Marq Ambrose would become the Lord of Ambron Hold during the Journey but the regent became Alysane Mountain and during this time his already motherly feelings towrds Alysane only increased as she taught him how to lead. Despite his youth he would lead the remaining fighting strength of House Ambrose against the Bandits terrorizing the northern lands of House Ambrose alongside his half sister Alysane who donned armor and joined the fighting strength, and during the final fight with the bandits he would kill the bandit leader.

The Truth of Tree Hill 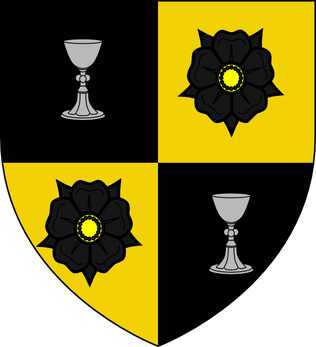 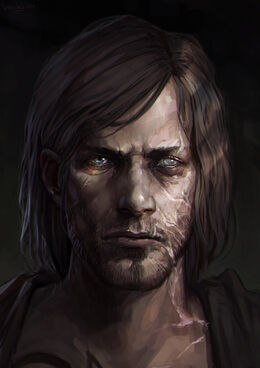 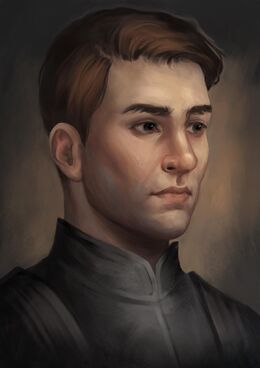 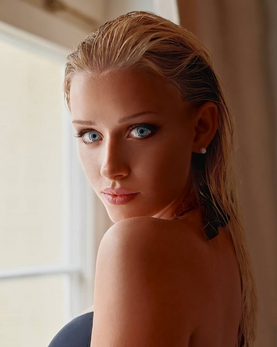 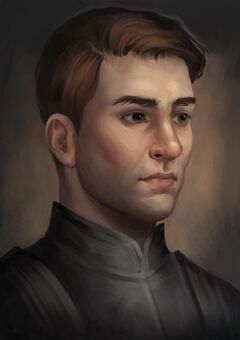 Arthur Ambrose - - - - - Lover/Friend - - - - - Arthur and Allysanne would meet when they were to be married and from the first moments together Arthur was in love with Allysanne and after proving himself to her she fell in love with him as well leading to the two have an incredibly strong marriage. 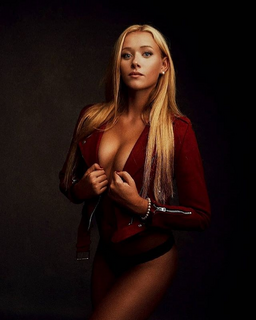 Isabel Mountain - - - - - - Family - - - - - - - Isabel and Allysanne would meet for the first time when Allysanne saved her from the Ambush on the Eyes and from this point on the two had a mother daughter relationship which only ended when against the wishes of Allysanne it was Isabel that went to Orleans to confront her parents and was killed during this attempt leaving a devestated Allysanne to vow vengeance against her them. 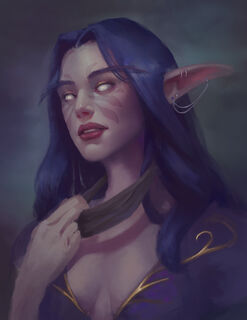 Esadyia Trueweaver - - - Ally/Friend - - - - Esadyia would first meet with Alysane when she was asigned to her as a mission but over time the two became close friends with Alysane giving the depressed and bitter Esadyia a new hope for the future of her people, and this led to Esadyia assisting Alysane during the Ambush on the Eyes and thus saving tens of thousands of lives at Forks. 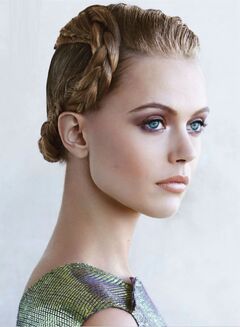 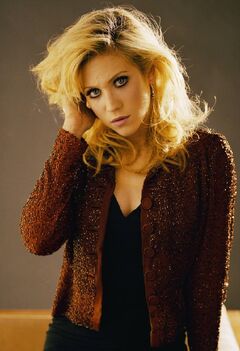 “I wonder how much you changed my life Lorna? I know that before we became close I never thought of half the things I think of now. In so many ways life was so much simpler before we were friends...Your right though...Simple was not better.”
— Allysanne Mountain

Alysane Mountain and Lorna Crowley would first meet weeks into Alysane's time as a handmaiden as Lorna was sent as well to also be a handmaiden for House Ordos's member Orlene Cesbrown, and basically from the moment that Lorna came in acting like she was better then everyone due to her family the two did not like eachother. Eventually the two would grow closer as Lorna accompanied Alysane Mountain on the trip to the Nortburg Tournament and during this time the two would bond over a silent level of sexual curiosity from Alysane and an already developed knowledge of sex from Lorna. Following Lorna having sex with William Lovie III. it would be through the pushing of Lorna that Alysane would take her advise and go for it, and Lorna not realizing who Alysane meant to go for she would be shocked when following Alysane having sex with William Lovie III. she told Lorna who the guy was. Following letting Lorna in on this secret would bring the two very close together and when she returned they only got closer when Lorna discovered that she was the only one who knew and Alysane had never told Dianna.

Rashel Dormendia was the first handmaiden for Dianna Ordos and was there when Alysane Mountain arrived, and together they bonded over their silent dislike of their own homes.