Andre Rouzet is the son of Adeline, and Fernand Rouzet making him a member of and the long time Lord and Patriarch of House Rouzet. Valerie Rouzet would be married to Andre Rouzet and the two would have a strong marriage which only ended when the two were killed at the Tollensia Coup leaving behind their family in ruins and their daughter on the run.

In his move against his father it was Pepin that was introduced to Metrovingian agents by Fabian and these agents would assist him in poisoning his father and with his father dead it was Pepin that rose to the position of Duke of Courtet and in his first moves as Duke of Courtet he begin persecuting the Fraticelli Church of Tollensia and paying for preachers of the Baptist Church to assist in the conversion of Courtet and all of this work would lead to him coming in conflict with King Andre Rouzet. After years of publicly feuding with King Andre Rouzet it was Pepin Courtet that called the kings bluff when he executed several Fraticelli preachers who had been sent by the King to lead several new churches sponsored by the king in Courtet, and this execution would cause Andre to summon Pepin to the capital where he was admonished in front of the entire Council of Tollensia and while at this meeting Pepin agreed to end his persecution of the Fraticelli Church the truth was that he now longed to see the death of Andre who had embarrassed him. Andre, and Janine Rouzet would be killed during the Tollensia Coup as he was ambushed while asleep with Janine and was unable to defend himself as his death would also herald the end of his families monarchy of the Kingdom of Tollensia and with his death his loyalists went to the wind with only a few members of his bloodline surviving the coup.

At the age of seventeen she would plan in secret a great suprise birthday celebration for her father, and in this endevor she would travel westward to the family of her betrothed in Napolean Metrovingia with her uncle Theo Rouzet and cousin Lionel Rouzet. 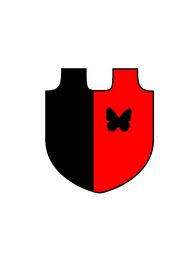 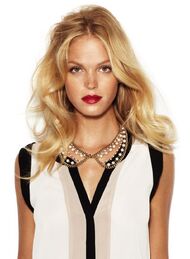 Victoria Rouzet - Daughter
Add a photo to this gallery

Victoria Rouzet - Family
Add a photo to this gallery
Retrieved from "https://lucerne.fandom.com/wiki/Andre_Rouzet?oldid=76433"
Community content is available under CC-BY-SA unless otherwise noted.