Angelica Neferata was born the daughter of perhaps one of the greatest Kings in Lahmian history, and as a testiomony to the way that the Lahmians chose their leaders as despite her younger age she was the heir to the Kingdom of Lahmia. During her youth she was defined by her love for Vashenesh of whom she was destined to marry and of whom loved her as well, but also she was loved by his brother Hercuso of whom was a much darker man of whom was capable of dark things. Followering the death of her father she would become the queen of Lahmia and as a Queen she was defined by first her back door politics, and then by her coruption by Nagash of whom tricked her by threatening the life of her great love in Vashenesh. Angelica Neferata would be then turned into a Vampire making her the very first Vampire, and from this she was blackmailed by Nagash into creating warfare against the Empire of Nehekhara of which Lahmia could not win, but Nagash didn't care and just wanted to kill Jesus Christ the newest and eventually the last of the Man Gods created by the Noble Titans. Following the death of Jesus the entire military of Nehekhara would unite and brutally gain revenge on Lahmia in a short campaign, and this forced Angelica to leave the capital and make her way northward towards the ports of the now lands called the Free Cities where she hoped to find a boat to escape the destruction of Lahmia. As Lahmia burned Queen Neferata would flee alongside her vampire councillers and they would escape into southern Europe, where they would stay in Greece for a time but slowly they were discovered and this caused them to migrate northward into Croatia and then into the Westros region before finally entering into the region of Weerhousen south of Alcase. She would plan to move again but following the near death of Vashenesh she realized in her heart that unless she chnged things she was going to watch him die for the final time and thus she decided to stay in the area and build themselves a new home where she promiced him things would be different. The group would dominate the region swiftly and gain control of the entire region following the conquest of the kingdoms of Weerhousen, then the defeat of the Trollocs that had dominated the south of Weerhousen, and finally defeating a large force of the Kingdom of Alcase of whom tried to also take the region. As Queen of Weerhousen she watched as her beloved in Stefon continued to lose his hope about life, and this led to him taking greater chances with his immortal life of which led to his death twice of which Hercuso was responsible once, but either way it shattered much of his soul, and left him increasingly a husk of what he once was. Angelica was forced to deal with a rebellious movement growing within her Kingdom as Vampires begin to become the target of killings, and this became so disturbing that many Vampires boxed themselves into fortresses while they slept during the day, but even this didn't stop it completely and Angelica begin to fear for her Kingdom's survival.

Unknown to the rest of Europe she is also a Vampire, and to those close to her it is known that she is in fact the first Vampire born into the world, and through her she has been the spawn of every Vampire in the world. This is true for everyone except for a few people who it is know she is completely in love with such as Vashenesh, Hercuso , and Meghanna. Her true love in life is Vashenesh and it is because of the sadness she though she saw in him, that made her stop and found the Kingdom of Weerhousen. The two are at current basically best friends, but both want more but don't know how to move on without hurting Hurcuso

Angelica Neferata is an extremaly cruel and sexual women that has over the course of her long life experimented in almost every act that a person can. She is known to harbor loyalty to those who love completely and will show rapid death to any who question her godliness or beauty.

“There are things in life that you can control. I can make my people do whatever I want. I can make a man die for me. I can turn a kingdom against itself for my attention. I can do all these things because of what I have become and the sad part is there is still a part of me that longs for the life that was stolen from me.”
— Angelica Neferata

Angelica Neferata was born in the capital of Lahmia, and in this city she found everything in life was easy due to her beauty and through this she came to know many of the nobles of the Kingdom very well. The daughter of the current King of Lahmia Throth Neferata she was groomed to be a powerful princess of the kingdom. In most Kingdoms the oldest has first right of being the next in line, but in Lahmia the new leader is chosen from the Royal Family and is chosen based on who will be the best leader. Angelica was very nervous for her tests as they obviously would have a dramatic effect on what kind of life she would live, and in this nervousness she would go to her best friend in Vashenesh in order to get her nerves through things. Her testing made her the second in line behind the position of her younger brother who was deemed to be extremely promising as a new heir. This went on until her younger brother died of plague, and it became clear that she would be the future queen of Lahmia. With this change she became now groomed for the royal post she would hold. In her early life she spent most of her time in the company of fellow aristocrat Vashenesh, and his younger brother Hurcuso. The three were basically inseparable and it was clear to everyone but the three that Hurcuso loved Queen Neferata, but Queen Neferata loved Vashenesh, and Vashenesh was too stubborn to admit he loved Queen Neferata. Hercuso during this time became the darker of the three with his desire to be with Angelica clouding his previous love for his brother, as his love decreased for his brother he attempted with less and less morals to gain the control he wanted over Angelica. As this continued his actual morals declined of which would eventually lead to him convincing Angelica to do some extremely dark things.

“I was given the option of having the single person that I loved the most in the entire world as my husband, and all I had to do was extend my hand to him and the world was mine. I have no doubt that if I was with Vashenesh then the entire Nagash debacle would have never happened and right now we would resting peacefully in a grave somewhere dreaming over our children and their future.”
— Angelica Neferata

As her father approached death, and it appeared almost a certainty that she would become Queen, her family begged her to make a decision between Hurcuso, and Vashenesh. For days she waited for her father to die, and when he finnally did she went to her family, and said that she wanted Vashenesh to be her King. Unfortunatly it was too late, and the more charismatic Hurcuso had been chosen as her husband. It was Hercuso that was the one to release the information to the two of them and he would do this as the two were in the middle of making love. As he walked in on the two of them Hercuso came to despise Vashenesh with everything that was in his soul, and this would be the final straw for him in living alongside his brother. Hercuso verbally assaulted Vashenesh and since he had now gained immense power, he ordered several of the gaurds nearbye to beat Vashenesh with their spears, and this only stopped when Queen Neferata lay on top of him, and they would have risked hurting her.

Rise of the Kingdom of Bretonia 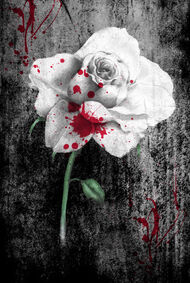 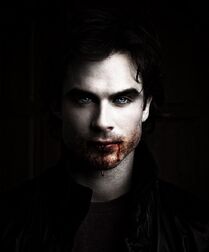 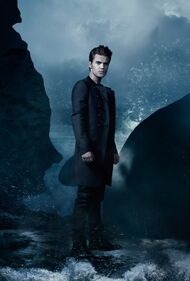 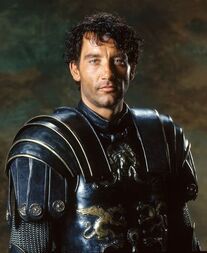 Hercuso and Queen Neferata were from a very early age attracted to eachother. The two spent many years during their time in Lahmia engaged in a sexual relationship, but during this time the love that Hercuso professed to Neferata was never respricated due to her love for Vashenesh.

When Queen Neferata left Lahmia with her followers she and Hercuso found themselves thrust into a mating relationship after Vashenesh chose to not continue the drama between the three anymore.

Retrieved from "https://lucerne.fandom.com/wiki/Angelica_Neferata?oldid=59273"
Community content is available under CC-BY-SA unless otherwise noted.