Baltazar Abrefa is the son of Hanno, and Gloriun Abrefa making him a member of and the longtime lord and patriarch of the House of Abrefa, and the King of the Kingdom of Senegal until his death during the Senegal-Ghana War.

Tozdan Boateng had throughout his youth had a difficulty with gambling and had wasted large sums of money on gambling and this had led to him falling out of the line of succession, but it was not until the start of the plotting of Baltazar Abrefa that this would cause significant issues. Baltazar Abrefa would send his son Aradus Abrefa to Ghana where his daughter Natine was falling in love with Ozwald Boateng and in order to spark a conflict with Ghana he would have Aradus blackmail Tozdan into raping Natine and then allowing the staging of the room so that when Ozwald arrived it would lead to the entire scenario that would unfold. Baltazar would alongside his son Baltazar Abrefa II. lead the Senegal 1st army in its assault on Kumasi and it was while assaulting the walls that he learned of the destruction of his son Hanibal's force which was besieging the southern part of Kumasi and realizing he was trapped he attempted to fight the incoming Ghana forces but was overwhelmed by their numbers and when he was told of the deaths of his children and siblings fighting at Tombo, and Accra he would commit suicide and was followed shortly after by his son who attempted to attack Ozwald Boateng and was cut down during this attempt. 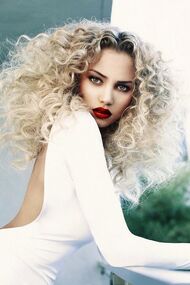 Natine Abrefa - Daughter
Add a photo to this gallery

Natine Abrefa - Family
Add a photo to this gallery
Retrieved from "https://lucerne.fandom.com/wiki/Baltazar_Abrefa?oldid=65751"
Community content is available under CC-BY-SA unless otherwise noted.