Brita Ambrose is the daughter of Elbert, and Allyria Ambrose making her a member of House Ambrose through her father, and a member of House Trachtenburg through her mother. Brita Ambrose has three siblings in the form of Arthur, Emilda, and Marq Ambrose of which her brother Arthur is the heir to House Ambrose and a well respected young Knight of Lucerne and the Castellen of Ambron Hold, while his sister married Matrinoneal a bastard noble and thus has remained with her family raising her own family, while his brother Marq is a trusted knight and the Master of Arms of Ambron Hold.

Brita Ambrose was born the first child of Elbert Ambrose, and came to become a motherly figure to her younger sister Emilda after her mother grew quite sick after her birth.

Brita Ambrose was born the first child of Elbert Ambrose, and came to become a motherly figure to her younger sister Emilda after her mother grew quite sick after her birth.

“When we sent the request me and my father waited less then a week for old Leyton to send us not an anwser in words. We waited a week for him to send us a cost. It was like buying a sack of apples my sweet love. I wanted you even more though when I saw that. Noone deserved to be treated that way. Least of all someone as kind, and gentle as you are.”
— Arthur Ambrose

She would spend nearly six years in Dianna Ordos's service and she knew that it was only a matter of time till she was married, but suddenly she awoke one morning to find a letter delivered to her from her father. Inside it told her the name of the man she would marry and the time frame she needed to arrive in Kiel for as they were already coming to meet her. Realizing that her time with Lady Dianna Ordos was over the two cried together before she took a carriage home and let it sink in that finally she was betrothed and was going to become the wife of this Arthur Ambrose of House Ambrose. She would arrive in her home in Kiel where she was prepared to met by her family but her father had forgoten to tell anyone about the marriage  and thus noone from her family knew to meet her so she arrived at the town with only the family of Arthur Ambrose waiting for her. As she got out of the carriage she held back tears but was shocked when Arthur's mother would greet her with a hug and a kiss, and as she moved between each member she finally broke down into tears when Arthur took her hand and placed a kiss on her hand. She was escorted by the Ambrose's to the Hightower all the while her hand held by a boy she barely knew but sadly had treated her already with more respect then most in her family in the form of Arthur Ambrose. Entering the Hightower she was brought into a tender hug by her younger brother Derek Mountain who other then her mother had been the only one of her family to visit her while she was staying with Dianna Ordos. Her father barely looked alive when she saw him being held onto in a nearly inapopropriate way by her older half sister Malora Mountain, and her father quickly asked for the money for the Dowry then feigned sickness and sent them away to marry in the Temple of Kiel.

“After the wedding your family became my family. Other then my brother Derek I would never see any of them again, and that made me far happier then it should have.”
— Allysanne Mountain

The following day the plans seemed in place for the wedding, and Arthur stayed by her side until his sisters Brita, and Emilda Ambrose took over and he left with a kiss to her cheek. Arthur's sisters prepared her for the wedding while her step mother the most recent at least in the form of Rhea Mountain made a brief show of herself but other then her Derek was the only member of her family that came to see her. At the actual wedding her brother Derek walked her up the Temple steps and gave her away since her father hadn't showed up to the wedding, and after this the marriage was blur for her but she remembered waking the next morning beside Arthur and couldn't remove the smile from her face. 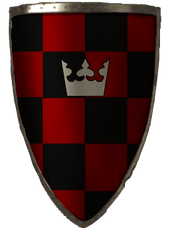 Allyria Ambrose - Mother
Add a photo to this gallery

Retrieved from "https://lucerne.fandom.com/wiki/Brita_Ambrose?oldid=31587"
Community content is available under CC-BY-SA unless otherwise noted.