“It was over the moment I saw him. He waded through the crowd with such grace and beauty I couldn't tear my eyes away. When he stood talking to my father, it took everything in me not to reach out and touch him. I should feel bad about the two of us now that I know about Bella, but in truth I don't care about her. It's not about her. He's mine. He will always be mine.”
— Brooke Scott

When William liberated Tree Hill, there was a part of Brooke that had given up, and for William he was jst seeing the world through the truth of what his father had done. Almost everyone she knew was dead, and there was very little reason she could see to continue. But the moment she saw him, she knew she had found her reason to move forward. William had already proposed to Bella Swan in Forks as he had felt he had fallen in lvoe with her, but seeing Brooke he knew he had been wrong about Bella and because of that he wanted to end things with Bella but after talking with Jasper, Edward, Emmet, and Leven he came to the conclusion that this wouldn't be possible. Despite plans to end things with her the two would continue an affair for many years and during this time they would parent two children, but eventually at Bella's 26th birthday William became overwhelmed with guilt over what he was doing and ended the relationship with Brooke so that he could attempt to be the honorable man he knew he was supposed to be. Eventually Alice's guilt over what was happening spilled out and Bella convinsed William in uncertain words to start things with Brooke again, and it was in these final moments that she was corupted by Flemeth unkowningly in a death that would shock the Kingdom of Lucerne and bring William to a moral collapse.

“I hated what I was doing. I didn't need my best friend hating me for it as well.”
— Brooke Scott

Margaery Tyrell and Brooke Scott made quick friends and in time they were practically inseperable. The two's relationship even survived the destruction of Tree Hill without losing any of the love the two had for eachother. The death blow would come when Brooke told Margaery that she planned to continue her relationship with William even after William married Bella Swan . Margaery hounded Brooke to let her love for William go, but no matter what she said Brooke always rejected her appeals. The situation would fall completely apart when Brooke discovered she was pregnant with William's child. For Margaery this was the final straw.

"Brooke always stood by exactly what she believed was right. She was never someone you had to question for even a moment whether they would have your back. She was a constant in my life that I know I didn't cherish the way I should have until it was far too late."

Brooke Scott and Haley Scott first grew close during the early friendship between Haley and Lucas Scott. Haley is a very kind and down to earth girl that was a definetly refreshing personality in comparison to the uptight rich noble daughters that Brooke was mainly friends with at the time. This relationship grew even stronger during the seige of Tree Hill when Brooke watched Haley hold her family together and in this gained immense respect and admiration for Haley. Following the end of the siege it was Brooke that became one of the only people that knew that Jamie Scott was the son of Lucas, and not Nathan and she kept that secret for Haley.

"Haley is a girl that calling strong doesnt even come close to acurately telling her story. She always has time for anyone, and everyone's problems and it doesn't matter that shes suffering just as bad. She just has a heart that is boundless in its size."

Haley would become aware of the relationship between Brooke and William after she found Brooke in a broken emotional state, and pried out the reality from her. After realizing this she became even closer to Brooke and this would lead to Brooke putting all the emotional stress that she used to let go of with Margeary and now she did this with Haley.

"From the first moment that I saw him I knew I would love him with every ounce of my heart. He looked every bit the spitting image of his father, and I couldn't manage to take my eyes from him no matter how hard I tried."
-Brooke Scott

For Brooke Scott Sigmund Scott was supposed to be the baby that finally connected her and her beloved William closer then she had been able to after the birth of their first child. When Sigmund was born she found that little had changed and in fact William now visited and contacted her less then he had before. This would have made her bitter towards the young baby but from the first moment that she saw Sigmund she loved him with everything in her. Brooke and Sigmund's relationship would end when Brooke finally accepted that she needed to see William so that she could stop the Dark Man from continueing to corupt her mind. Saying goodbye to her beloved son's broke her heart, and the last memory that Sigmund would have of his mother was her tear stained face walking out of their home.

"My father was not a good person. I don't know what else I can say other then that."

When Brooke Scott was born she was forced to accept the fact that she had been already superceded by two children that had captured what little emotion that Dan Scott was capable of. Dan would be basically devoid from the earliest parts of Brooke's life and during this time she was cared for the most by her mother Karen of whom had always wanted a daughter. As time went on Karen became more and more in her favoritism of Lucas and this led to her moving away from the close bond she had with her daughter when she was a baby. As Brooke got older she was cared for mainly by her aunt Deb Lee, and her grandfather Earl Scott of which Dan Scott for a time didn't seem to care about. As this continued though it was the involvement of Frank Lee into Brooke's life that made Dan enter her life for the first time. As Deb had taken over mothering of Brooke it was then Frank Lee that begin to become a father figure to Brooke, and this did not sit well with Dan Scott. Dan would make it very clear to Frank Lee that he had better stay away from his daughter lest some very real consequences befal him. Frank would ignore this and continue to be a father figure to young Brooke, and this would eventually end with Dan causing Frank's death during the First Battle of Tree Hill. Following this it would be an irate Brooke that would attempt to get her father to be in her life after she lost Frank, but she discovered that it was nothing more then about his status, and that he actually didn't care a thing about her. 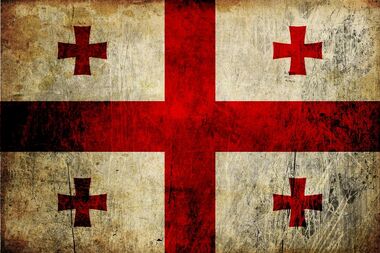 Lucius Amatius - Friend/Ally - Brooke, and Lucius would become close during the Siege of Tree Hill and were even growing into a romance until the arrival of William Lovie III. led to the breakdown of the romance and Lucius becoming more of a tool for Brooke.

Leah Oakheart and Brooke Scott first came to grow close when Leah who was refusing to marry was named the handmaiden of Brooke Scott. 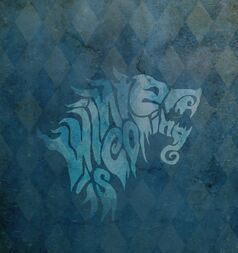 Markus Braxton - - - - Enemy - - - - Markus and Brooke would have a adveserial relationship formed when Markus arrived in Tree Hill alongside his father and was commanded by Dan Scott to stand as Brooke's bodyguard and despite knowing that Markus was a dangerous rebel she was blackmailed into not revealing his true motives, until finally revealing who he was to William leading to him nearly dying but managing to escape.
Community content is available under CC-BY-SA unless otherwise noted.
Advertisement