Cerlia Potenza is the daughter of making her a member of House Norelli. Tertius and Cerlia Potenza would be betrothed when Tertius was twelve and Cerlia was seventeen and throughout their marriage they have been very cold towards each other sharing little love but they put out a public face of being very close despite this personal dislike for each other. Cerlia and Tertius Potenza have two children in the form of Appius, and Accia Potenza with the eldest child Appius being a prominent knight of the State of Lole and well prepared for taking over House Potenza, while Accia was a prominent member of Lole but had her reputation destroyed by the end of her betrothal to hedrik Clegane III. and became all but removed from the family following this.

Returning from the Journey it was Accia who discovered that her life and reputation had been nearly ruined and she found that her mother had all but disowned her and her father now viewed as all but dead due to her not having any real marriage opportunities, and it was in this loss in everything that she knew that Accia begin to give into a part of herself that was far darker then anything she had ever been before. 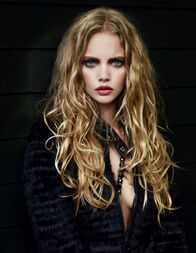 Accia Potenza - Daughter
Add a photo to this gallery

Accia Potenza - Family/Enemy
Add a photo to this gallery
Retrieved from "https://lucerne.fandom.com/wiki/Cerlia_Potenza?oldid=66101"
Community content is available under CC-BY-SA unless otherwise noted.