Douglas Condon is the son of Sasha, and Kyle Condon making him a member of House Condon.

Sasha Condon would head to the Dreadfort with her son Douglas in order to retrieve Sophia Condon of whom was held there as a hostage. When they arrived there they were involved in the Executions that happened and Roose had both of them killed while Sophia fled the city and hid in a small village west of Dreadfort hoping to return home but being unable to leave due to Bolten soldiers on the road. Sasha`s death would be denied by the Boltens of whom sent word that Lucernian assasins had entered the city and they were responsible for most of the murders while some were when some of the nobles helped the Assassins. With Sophia`s escape she knows the truth and her testimony will no doubt change the mind of the still Bolten alligned House Condon.

She would eventually be captured by House Lannister after she finally attempted to flee the villlage, and from this she would be sent to Hayford where she was treated with a great amount of respect by the Lucernians there and a letter was sent to her father saying that they had his daughter and she was safe. As a sign of good faith between the two Tyget Lannister would send her to the forces of House Cerwyn of whom were somewhat besieging Hayford but were more just sitting on the outskirts watching the castle fortify itself. 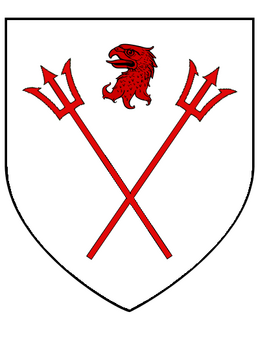 Sophia Condon - Daughter
Add a photo to this gallery

William Lovie III. - - - - Rival - - - - William Lovie and Karl Franz had started their relationship in a generally positive way. When William was crowned the two sent letters back and forth, and so this led to a lot of positive thoughts for what their first meeting would be like. When the two did meet it was a month before the Invasion of Westbridge, and it was in the southern part of Westbridge. When the two met they nearly immediatly didn't get along, and past the customary kindness to a fellow leader the two were trading insults, and threats throughout the entire conversation. This eventually led to William Lovie storming out, and threatening that any attack on Arnor would be counted as a direct attack on Lucerne.
Add a photo to this gallery
Retrieved from "https://lucerne.fandom.com/wiki/Douglas_Condon?oldid=76372"
Community content is available under CC-BY-SA unless otherwise noted.