Start a Wiki
Elise Lothston is the daughter of making her a member of House Lothston.

Elise Lothston would become a vocal supporter of joining with the Kingdom of Lucerne and having retained the independence given to her by her father she traveled to Riverrun and worked diligently at uniting the two nations with her gaining a relationship with Nicoli Machiavelli during this time. Elise Lothston would be sent to Aldorf in order to bring Magi stones for a one time use with the Emperor of the Imperial Empire of Germania and while there her reputation within the Order of the Green Dragon increased dramatically as she was not intimidated and handled herself with great skill while taking part. 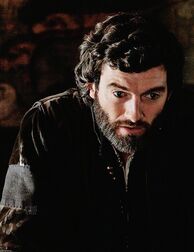 Nicoli Machiavelli - Lord
Add a photo to this gallery
Retrieved from "https://lucerne.fandom.com/wiki/Elise_Lothston?oldid=74478"
Community content is available under CC-BY-SA unless otherwise noted.