Emalon would be born shortly before the movement of his father Tyr into Norway and thus spent little time in valhalla but what little time he did spend there he grew to love the mountains. Emalon would be sent into Germania in order to gain the service of blanks for the use of his father in forming the Party of the Pariah and Emalon was drawn towards a pariah in the province of Slovakia named Galindus Vapnisson.

Emalon would be born shortly before the movement of his father Tyr into Norway and thus spent little time in valhalla but what little time he did spend there he grew to love the mountains.

Tyr during the years preceding the Great Migration was sent far to the north on the orders of his father and founded the Archervon Hold in Norway alongside the earliest of his children which would grow to become the Fire Giants. His arrival in Norway would become a beacon for the forces of Chaos who saw him and knew that he would be their greatest threat as they slowly moved their Andals into position to sack northern Europe.

In the years where the Andals were corrupted by the forces of Chaos Tyr was not aware that this massive of an assault was incoming and thus he simply went about following the path that his father had sent him to Norway with and protected the warp portals not truly intervening in the affairs of Norway, and Swedan.

Rise of the Sanguin Bloodline

Tyr would be forced to defend Archervon Hold against an onslaught of demons attacking it from the Warp Portal during an event known as the First Archervon Warp Invasion and during this conflict he was forced to deactivate one of the portals after it became clear that they could not hold out against the endless armies of demons flowing through.

Tyr would be betrayed from within by his grandson Gyrd of whom became corupted by Chaos while fighting in Norway and returned to Archervon and reactivated the Warp Portal to the fade initiating the Second Archervon Warp Invasion, and during the fighting they were able to once again close the warp portal but Gyrd escaped through it before it closed.

Vengeance of the Survivors 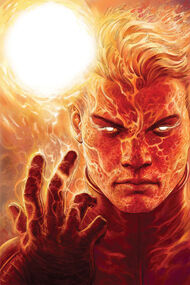 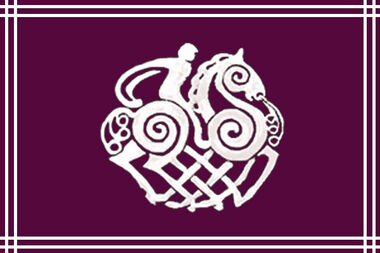 Gyrd - Son
Add a photo to this gallery 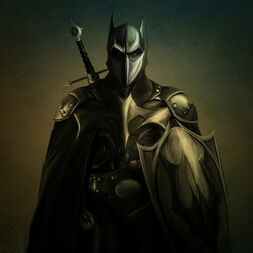 Galindus Vapnisson - Ally
Add a photo to this gallery
Retrieved from "https://lucerne.fandom.com/wiki/Emalon?oldid=70316"
Community content is available under CC-BY-SA unless otherwise noted.