Esbern Salvarus would be with Yvonne Pullo as a member of the Ravenna delegation that went to Rome to meet with the Senate and during his time there he witnessed her being treated poorly due to being from Ravenna and this brought the already loyal Esbern completely behind Yvonne in terms of where he put his full faith. Following the sacking of Rome the leadership of the city of Ravenna would come behind Titus Pullo and his daughter Yvonne Pullo when they went about leaving the Roman Empire, and founding the Kingdom of Remos. Following the foundation of the Kingdom of Remos they would invite the Lucernians to Ravenna where they two sides would meet, and during this many marriages were created between the two as well as many other arrangements made that pushed the two kingdoms closer together and more specifically pushing Ravenna further away from Rome. 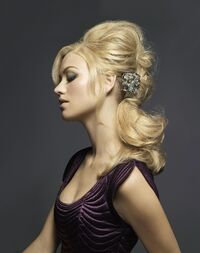 Yvonne Pullo - - - - - - Master - - - - - - Esbern and Yvonne would first come to meet when Yvonne came to the decision that she wanted to take true control of Ravenna and seeing Esbern as the first step to that she spent months in Lensica turning him to her side. Yvonne would then bring Esbern to Rome with her and him witnessing the disrespect she was treated with while in Rome led to him completely sucumbing to her influence.
Add a photo to this gallery
Retrieved from "https://lucerne.fandom.com/wiki/Esbern_Salvarus?oldid=76767"
Community content is available under CC-BY-SA unless otherwise noted.