Evangelina Este is the daughter of Thrasius, and Persis Manikus making her a member of House Manikus. Evangelina and Stefanos Este would be married at the age of sixteen and the two would grow close and loving following the birth of their first child and Evangelina would become the most loyal of all people to her husband carrying on his work even following his death.

Evangelina would conspire with her husband Stefanos to marry Beatrice off to a greek lord and did this to keep her away from the threat that they saw being posed by the Cretan lord Isaac Conmenus, and it would be while working at this plot that she became involved in a true conflict with Isaac. 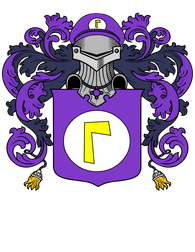 Stefanos Este - Husband
Add a photo to this gallery

Retrieved from "https://lucerne.fandom.com/wiki/Evangelina_Este?oldid=57017"
Community content is available under CC-BY-SA unless otherwise noted.