Evangeline Shephard spent her youth training to be a wife, and during this time she spend a lot of time teaching her younger siblings, and other children that came to stay in her home. Because of this she gained a love of teaching young people, and this is the main reason she came to work at the Lucernian Academy. While at the Lucernian Academy she taught many of the now influencial members of the Kingdom, and in this way she is quite influencial amongst the nobles.

Evangeline Shephard was born in Forks to her parents in John and Harriot Jatrig of the minor House Jatrig. While she was a young girl her mother made her perfectly aware that she would be groomed to become the families political chip. She would be married to a rich nobleman's son, and through this would uplift her family into the high threashold of Forks.

"Entering the mountain it all seemed like you were going to enter a giant cave, but as you reached the other end of the tunnel you just saw the extreme light spreading throughout in the vast expanse of the opening in the mountain. A gleaming white Wall seperated me from the future I now saw clearly in front of me."

As she and her carriage arrived through the entrance of Lucerne she and her gaurd were led by a page to the site of the Lucerne Academy where she would be staying for her stay in Lucerne. As she was moved throughout the lower part of Lucerne known as Lucerne proper she was shocked at the fact that their was poverty, and a ran down appearance that didn't seem to mesh with the image people had built of Lucerne in her mind. When she arrived she was quickly placed into a room by the headmaster chosen as her guide in Evangeline Shephard. Evangeline would become a sort of confidant for her in her new world of Lucerne, and during the early hours of her time there the elder Evangeline would spend the time talking to Amber. As the two girls sat in Amber's new room they heard the knock on the door and when Amber went to open it she was greeted by a man in dark armor. The man introduced himself to her as Kieth Schwartz and told her that he needed to speak to Evangenline for a moment. When she took in the man she was immediatly frightened by both his attire, and his general personality, but when he saw the reaction of Evangeline to seeing him she was even more frightened and wanted him out of her room. After Evangeline would walk over to him and silently tell him something he would leave the room, and Evangeline would give her shoulder a tug before walking out after him. When she returned she told Amber that she had been told to take Amber on a tour of the Lucernian Hold, and with that she took Amber's hand and pulled her out of her room and into the real world. Flanked now by two hard looking gaurds the two would travel throughout Lucerne Hold., and it was here that Amber would see the part of Lucerne that people had called the crown jewel of the Kingdom of Lucerne. She walked through the richest of markets in the form of the Dragon Marketplace of the northern gatehouse, and continued to hold Evangeline's hand as she showed her the Sky Tower that held the royal family, and unknown to her the man that she had been brought to marry. After travelling throughout they returned late that night and before Amber went into her room Evangeline gave her a hug, and whispered to her the following that she said low enough that the two gaurds couldn't hear.

"Be careful Amber your now entering a dangerous world. Know that I'll always be here for you if you should ever need my help."

As she pulled away from Evangeline she gave her one last smile before she opened the door to her room and silently entered the room to find a man sitting in the corner of the room. Before she screamed the man put his hands to his face in a calming way and told her that he meant her no harm. He went about telling her that he was the King of Lucerne in the form of Bill Lovie, and that he had known her parents very well and had just wanted to make sure that she was settling in well. Bill and Amber talked for nearly an hour and Bill came off as a very kind and gentle man who truly cared for his Kingdom and the people in it. After they had talked for an hour he excused himself and told her that he hoped she would have a great time at the academy when she started and that she was to consider her a part of her family, and to always come to him if she needed help.

The Seven Knights Rebellion of 5123 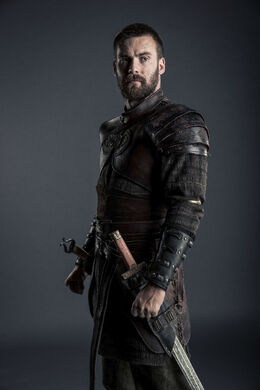 Jack Shephard - Husband
Add a photo to this gallery 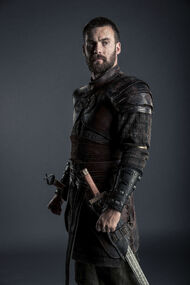 Jack Shephard - Lover
Add a photo to this gallery

Jack Shephard and Evangeline Shephard originally met eachother while Jack was in Forks preparing for the counter attack against the Orc army. While he was staying at the local shelter where the army was in place, he became close with Evangeline and he would convinse her to join him when the army was recalled back to Lucerne.

Now together in Lucerne. the two grew extremely close and after only 6 months she became pregnant with their first child.

Retrieved from "https://lucerne.fandom.com/wiki/Evangeline_Shephard?oldid=71997"
Community content is available under CC-BY-SA unless otherwise noted.