“France was a beautiful place. The most important part is to remember that its beauty is all in the past now.”
— Bill Lovie

France is a large region of Western Europe that once contained the Empire of Numeron, and most recently the Bretonian Empire, but following the Fall of France has become a devided region without any real central power.

Following the arrival of the Numenorians the region was utterly dominated by the Numenorians but this domination took the form of small fortified communities as they were unwilling or perhaps numerically unable to completely dislodge the Trollocs from France creating a situation where the humans became dominent but the Trollocs numerically were not really weakened. This region is now a ruined land controlled by the Orcs but more recently it has been invaded by the Murlocs, and now the region has descended into a mad all out war. 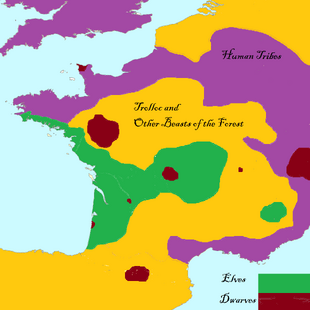 France War of Vengeance
Add a photo to this gallery 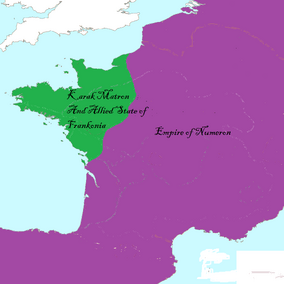 France under the Empire of Numeron 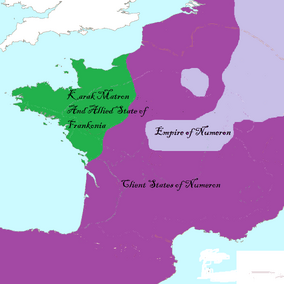 France's Client States
Add a photo to this gallery

Rise of the Kingdom of Bretonia 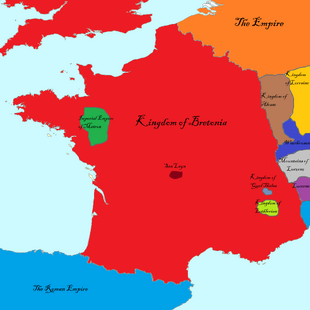 "Who would have thought perhaps the largest Empire in Europe at the time would be felled in such a short amount of time." 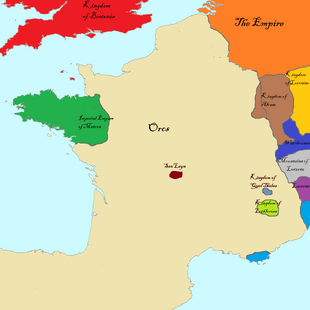 Main Article : The Murloc Ascendancy "The World wandered around, and begged to know the anwser to why the Orcs hadn't invaded yet. The anwser was simple. They got invaded before they had a chance to finish us off." 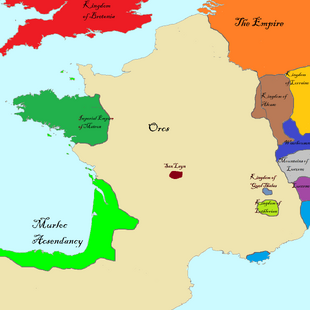 France following the Murloc Invasion
Add a photo to this gallery

Retrieved from "https://lucerne.fandom.com/wiki/France?oldid=51098"
Community content is available under CC-BY-SA unless otherwise noted.