Francis Bass is the son of Thomas, and Alice Bass making him a member of and the long time lord and patriarch of House Bass until his death. Francis Bass and Karie Catridge would be married in a wedding that brought to the two families extremely close and brought the idea of a truly unified Dresdan together under one leader and while at first their marriage was one of true happiness the hatred of their son Bartholomule would divide the two and there marriage would eventually collapse leaving Bartholume to blame his mother and by extension House Catridge leading to the Fire Sale.

Francis Bass, and Karie Bass would be overjoyed when their marriage would result in the birth of their first son in the form of Bartholomule Bass and with his birth the line of succession seemed secure and Francis would spend lavishly for a near week long celebration in Dresdan. This continued almost completely publicly until his father Francis began to take a reputation hit from it, and he forced his son to only continue privately, and this public embarrassment alongside the corrupting influence of Ingolf would lead to Bartholomule to murder his father, mother and sister in the event that led to him becoming the lord of House Bass and instigating his plans for the Fire Sale.

The Coup of House Bass

“You talk of easy things. Do you think it was easy for me to realize that I had to kill my own father. To murder my own mother. Do you believe I did this because it was easy? Grow up.”
— Bartholomule Bass

Despite constant attempts to turn Bartholomule from this violent path it would be a complete failure by Francis, and Karie Bass and as their failure led to Bart beggining to live on the streets the marriage between Karie, and Francis would collapse with Karie leaving the House Bass estate and going to return home with her House Catridge family. This betrayal as Bart saw it would be the final straw for the violent Bart Bass of whom took this betrayal and confronted his father of whom would blame House Catridge for what had happened and at these words he realizes his mistake to late as Bart screamed that he would destroy House Catridge and leave them ruined his mother included, and realizing what he had done Francis attempted to back his words back but failed at convinsing Bart but did convinse Bart that Francis was a coward. Convinsed his father would resist what needed to be done Bart would murder his father, and when his sister Karie came into the room she too would be killed by the frenzied Bart. 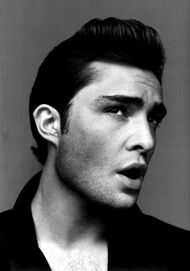 Chuck Bass - Son
Add a photo to this gallery

Retrieved from "https://lucerne.fandom.com/wiki/Francis_Bass?oldid=57036"
Community content is available under CC-BY-SA unless otherwise noted.