Godrus having fallen to Chaos during the Titan Civil War now found himself alone as his wife had died during the Thunderlands Civil War and in this lonelines he retreated deep into the Fade and stayed there for years and years unwilling to live outside of his pocket universe where he had recreated his beloved Erizabet. Godrus would be found in his pocket universe by Tzeenech of whom wanted Godrus to become a part of their leadership core, and to get him to leave he pushed Godrus towards vengeance when he blamed Odin for the death of Erizabet and this led to Godrus leaving behind his universe and returning to the world but not as a leader of Chaos but instead on a mission to ruin Odin. Wodanz would be targeted by the forces of Chaos and as an uplifted human he was relatively easy pickings for the Titan Godrus who angered by the work of Odin's children in Germania made it his mission to turn the growing German pantheon away from their path, and the turning of Wodanz would mark the beginning of the end for the German Pantheon. 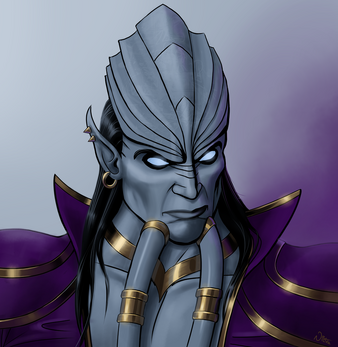 Malekor - Brother
Add a photo to this gallery 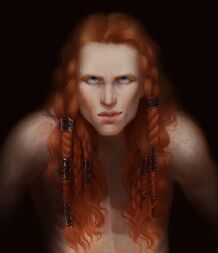 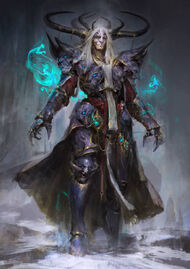 Wudis - Servent
Add a photo to this gallery
Retrieved from "https://lucerne.fandom.com/wiki/Godrus?oldid=73189"
Community content is available under CC-BY-SA unless otherwise noted.