The Grand State of Castamere is the region of eastern Lucerne where the Ostrogoth dominated lands of House Lannister make there residence from the capital of Castamere.

The Grand State is dominated by the Ostrogoth family in House Lannister but standing beneath them are many powerful houses. House Mander controls the province of Mander, and have grown especially powerful through their control of this powerful and populous province and town. 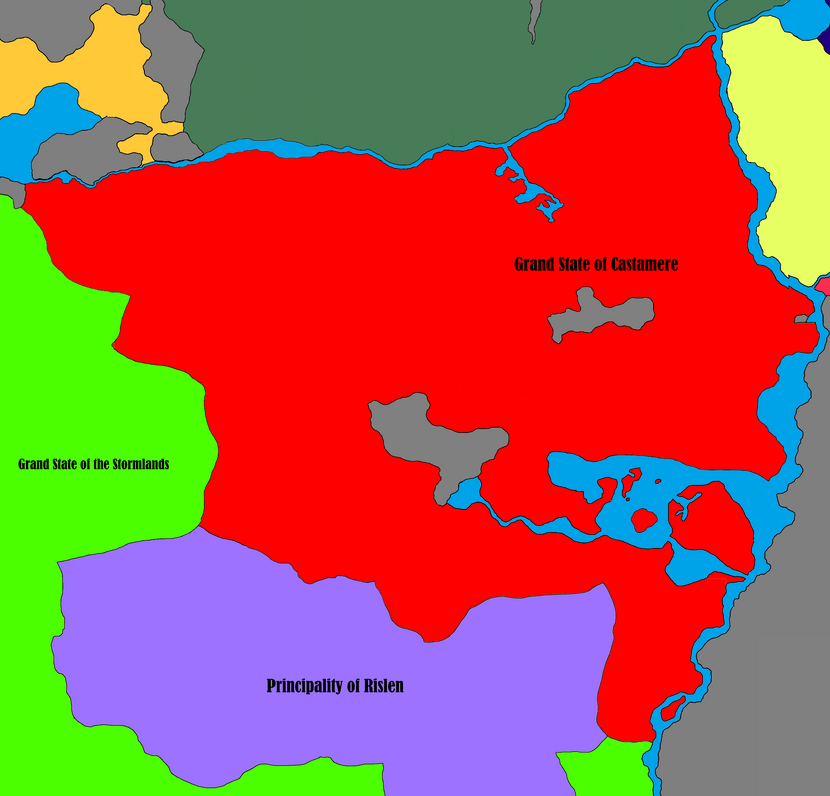 Grand State of Castamere
Add a photo to this gallery

House Lannister is the Arch Lord of the Grand State of Castamere, and this is a position they have held since the creation of the Kingdom of Lucerne, and despite brief periods of internal fighting they have one of the most safely controlled Grand States with no resistance outside of several civil wars but these did not actual target the removal of House Lannister.

The Grand State of the Crownlands is extremey densely populated land with a dozen towns and almost fifty plus castles marking it alongside the Forks area and Castamere as the main population center of the Kingdom of Lucerne.

Dragonoph Temple of the Crownlands

Retrieved from "https://lucerne.fandom.com/wiki/Grand_State_of_Castamere?oldid=78252"
Community content is available under CC-BY-SA unless otherwise noted.