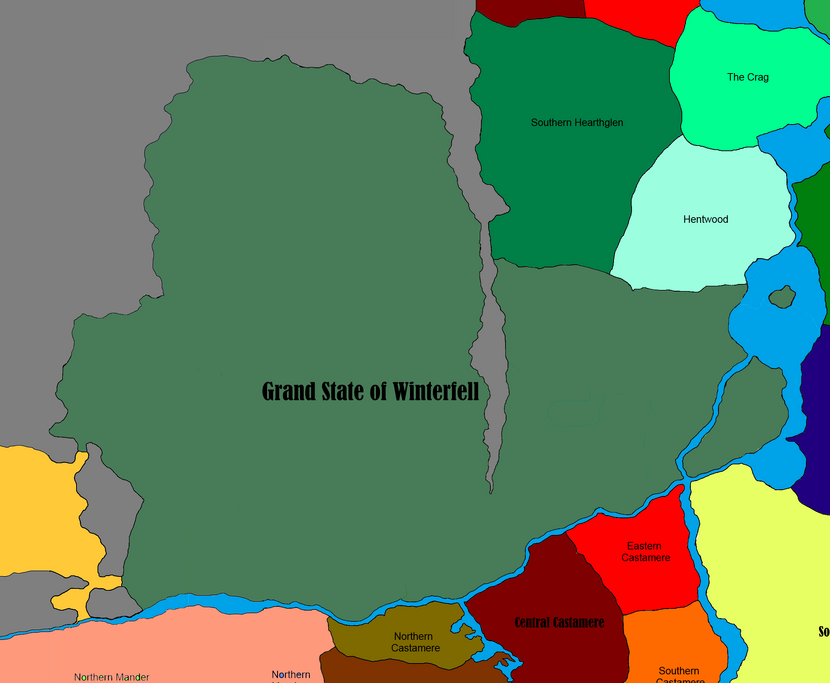 Grand State of Winterfell
Add a photo to this gallery

House Starke is the Arch Lord of the Grand State of Winterfell, and this is a position they have held since the creation of the Kingdom of Lucerne, and despite brief periods of internal fighting they have one of the most safely controlled Grand States with little resistance to their rule outside of the outside resistence of House Lannister.

The Arch Duke of the Grand State of the Westerlands is Eddard Starke, and he rules on behalf of Starke of whom has been the Lords of Winterfell since the Founding of the Kingdom of Lucerne. The Arch Duke of Winterfell is known as the "Winter Lord" and in his coronation he is given the power of the lands by a representative of House Lovie like all members of the Arch Duke house.

The Grand State of Winterfell is a densely populated land across the western half of the grand state but the eastern side is more cold and thus is more centralized around large towns such as Winterfell.

Retrieved from "https://lucerne.fandom.com/wiki/Grand_State_of_Winterfell?oldid=74732"
Community content is available under CC-BY-SA unless otherwise noted.