Start a Wiki
Gylenna Whitewood is the daughter of two members of House Nordisten making her a member of House Nordisten. Gylenna Whitewood is married to Doran Whitewood of whom she was bethrothed to at the age of fourteen, and they have lived happily ever since that point. With Doran Whitewood she has three children in the form of Quentin, Trystane, and Arianne Whitewood of which her son Quentin is his heir and a very well respected knight in the Forests of Dustin, her son Trystane is a troublesome young man of whom is a known brigand and only his highborne status leaves him immune from execution, her daugther Arianne is very beautiful and was once bethrothed to Domeric Bolten and the two loved eachother deeply. 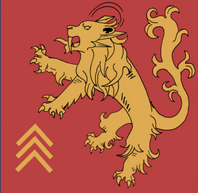 Retrieved from "https://lucerne.fandom.com/wiki/Gylenna_Whitewood?oldid=25979"
Community content is available under CC-BY-SA unless otherwise noted.