Lucerne Wiki
Register
Don't have an account?
Sign In
Advertisement
in: Vandal, People of Lucerne, People,
and 4 more

Hanah Bell is the daughter of Catherine and Christopher Bell, making her a member of House Bell through her father, and through her mother she is a member of House Lovie. Hanah Bell has two siblings in Emma, and Chris Bell of which Emma is her older sister and is a very influencial member of the court of House Lovie, and Chris is her younger brother and is joining the House Lovie military forces near the end of the Rise of Lucerne. Through her mother Hanah Bell is a Princess of the Kingdom of Lucerne, and this places her in a position of being very important to the Kingdom of Lucerne. Her sisterEmma Bell is an important and influencial member of the court of William Lovie III. due to the extremely close relationship between William and Emma. This close relationship has led to William becoming close with Hanah due to constantly seeing Hanah. While her younger brother is still very young he still represents another male in the House Lovie ranks which is something that is always important.

Hanah Bell was born the twin sister of Christopher Bell II. and at the time of her birth she stood second in the line of succession to House Bell behind her sister Emma but following the minutes later birth of her twin brother she fell to third in the line of succession. Hanah Bell would grow up in the shadow of Emma Bell of whom many loved dearly even as a young child, and Emma only made this more difficult as she got older because Emma grew very close to Alice, and William Lovie of whom put her into a position of being very popular while Hanah was closer with her brother Christopher and together the two were somewhat isolated.

Hanah has been a silent member of the powerful Lovie family and outside of her family, she is only close to her boyfriend Riley Herven, who is a member of the House Lovie Honor Gaurd. This doesn't mean she doesn't love her family though she is simply much more withdrawn in her personality mainly due to extreme popularity of her sister Emma which she often believes she could never hope of touching.

"I love my sister. She has never said a word of anger or rudeness towards me, and for that I will always love and respect her. Are their times that I wish she was qieter and less popular then what she is? Maybe there are. But that doesn't change a second of how much I love my sister."

Hanah Bell was born in Lucerne Hold, and was the second younger by a few years of Emma Bell her sister. Her parents Catherine and Chris Bell were loving parents who always made sure she was happy with her life. Hanah was born into the shadow of Emma Bell of whom many loved dearly even as a young child, and Emma only made this more difficult as she got older because Emma grew very close to Alice, and William Lovie of whom put her into a position of being very popular. This shadow cast over her made her want to always be hidden from sight lest she be constantly reminded of how much more popular and successful her sister Emma was to her. In this way many deemed her a reclusive and would have shunned her but with all the problems going on with Michelle, and Kristen Trachtenberg she was seen as just a shy young girl and was not deemed worthy of being punished.

At the young age of twelve Hanah begin to have serious feelings for the House Lovie honor gaurd member Riley Herven who was often placed in charge of her protection. She attempted to make him see these feelings but so honorable was he in his position that despite his mutual feelings he kept them barried for nearly two years. At the age of fourteen though she began to become the object of many men's affection and she made sure to say in his presence how many men were offering huge sums to become her husband. With all of this tearing away at Riley's resolve he finally gave into her advances and they begin a secret relationship. Hanah did not know that before Riley had done anything he went to King William and begged for his forgiveness for the feelings he had for Hanah but William simply said that he was fine with the relationship and to move on. 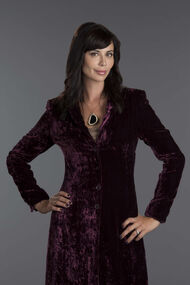 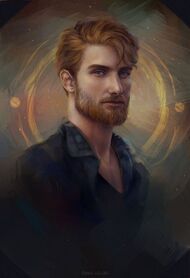 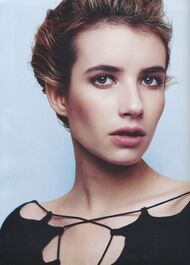 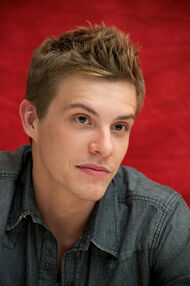