Orys Strong is the daughter of Steffon, and Nicole Strong making her a member of House Strong. Heer Strong had one sibling in the form of Orys Strong and she was extremely close to her brother up until the day he was killed by Renley Strong, and this death caused her to betray House Strong during the siege, and take the side of House Seaworth.

Following this she would be unable to walk perfectly on her right leg and this caused her to have a serious limp that the other children her age bullied her quite badly about. In this depression her closeness to her brother Heer Strong would become extremely important as he would protect her from the many things that she was bullied about during her youth. This came to a screetching halt when her brother was killed in a duel against their cousin Renley Strong. Folllowing this her father Steffon would attempt to make her forget the incident but every time she was insulted for her walk or stared at funny she hated Renley more and more until finally during the Invasion of Harrenhall she would betray House Strong and cause the deaths of her parents and several other important members of House Strong.

Growing up Orys Strong would fall in love with riding horses and became known throughout the city as an amazing horse rider even at a very young age, and it would her skill that eventually led to her joining equestrian tournaments throughout Westros. It would be while taking part in one such tournament that her youth her life would become defined by her injury during a horse back riding competition, and despite having quick assistance the damage to her leg was extreme and would effect her the rest of her life. 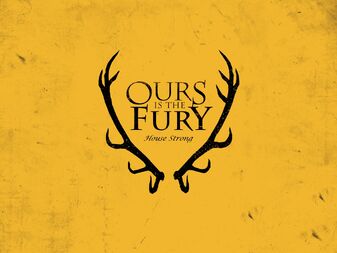 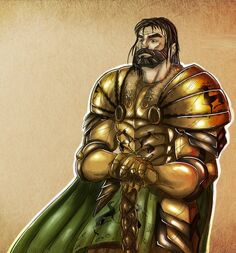 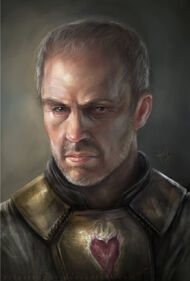 Stannis Strong - Cousin
Add a photo to this gallery

Retrieved from "https://lucerne.fandom.com/wiki/Heer_Strong?oldid=55149"
Community content is available under CC-BY-SA unless otherwise noted.