Start a Wiki
Jafrey Hemsworth is the son of Bor, and Frissa Hemsworth making him a member of and the long time prince of House Hemsworth and the Kingdom of Arnor before his death. Jafrey would have several children including Fredrick Hemsworth of whom would go on to become king of Arnor and the center of the House Hemsworth bloodline. Jafrey Hemsworth fell in love with the vampire Meghanna and it was this love he put before his love for his wife and children and it would be Meghanna that he would be cursed following his death to wander the world watching forced to watch her depravity by the evil of the vampire W'soran.

Despite Jafrey's tragic end as the sole child of Tari-Bor Hemsworth he is the current progenitor of the entire current ranks of House Hemsworth through his Numenorian wife.

Jafrey Hemsworth would be born the first child, and eventually only child of Tari-Bor Hemsworth who was the King of Arnor at the time, and his germanic wife Frissa of whom Bor was so in love that he begin the current process of germanic naming style in House Hemsworth beggining with Jafrey who did not take a Numenorian prefix. Throughout his youth he was constantly under scutinty as the only heir to House Hemsworth and thus quite important to its future , and in this way he was married very early and it was said that he would always have upwards of seven heavily trained palace guards watching him at all times, while a restoration Magi also followed him at nearly all times. Jafrey Hensworth would be menupulated by Meghanna into falling in love with her, and despite rising tensions against Austria in the north he would heed her words and led a large Arnor force to Weerhousen where his forces were defeated and he was captured. Following the massacre of the Arnor army led by Jafrey he would be believed killed in the massacre but instead was captured from the field by W`soran of whom would use him for decades in twisted experiments until finally he would die of the experiments, but even this was not enough for W`soran of whom cast a curse on him which forced him to remain within the Veil and forced to watch Meghanna`s actions until the end of time.

Jafrey Hemsworth would be born the first child, and eventually only child of Thomas Hemsworth who was the King of Arnor at the time, and throughout his youth he was constantly under scutinty as the onyl heir to House Hemsworth and thus quite important to its future. 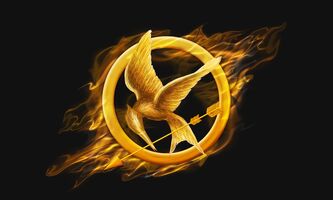 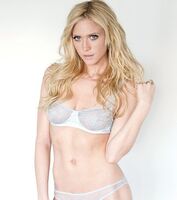 Britney Hemsworth - Relative
Add a photo to this gallery

Retrieved from "https://lucerne.fandom.com/wiki/Jafrey_Hemsworth?oldid=53263"
Community content is available under CC-BY-SA unless otherwise noted.