Joanna Clegane is the daughter of a prostitute in Dresdan, and one of her many clients. Joanna Clegane would become married to Mathew Clegane after the two became love struck while she was a diplmat for the Dresdan leadership in Lucerne. With Mathew Clegane she has three children in the form of Mathew, Sarha, and Toden Clegane of which Sarha and Toden are still young by the time of Westros, but Mathew Clegane II. is a young squire of whom is squired to Lucas Scott.

The daughter of a prostitute she had to work for everything she got in Dresdan. She spent most of her youth using her powers of persuasion to force the nobles of the city to look past her heritage and accept that she could be of great use to them. Eventually after years of this her hard work paid off when the senate gave her diplomatic powers. She spent nearly two years travelling central Europe in the guise of a diplomat for Dresdan, and was able in her short time to seal many important trade deals for the city. She would eventually throw this away and leave that life for a life with Mathew Clegane, of whom was wealthy beyond anything she had ever dreamed she would meet.

Finally sick and tired of the constant berating she took over the fact that her mother was a prostitute she decided to change things. She begin constantly doing the bidding of several very rich merchants in the hope that one of them would take a liking to her percistance. Eventually Mercen Bass took a liking to her, and brought her into House Bass to work for him. It didn't take her long once she was inside to use her natural intelligence, and beauty to menipulate people into trusting her with tasks. With each task that she successfully completed she became more and more important in the city until eventually the Senate after she pushed and prodded everyone neccessary - voted to make her a special envoy of Dresdan. Her job would be to go to other Kingdoms and attempt to work out trade deals with the, which involved making people do what she wanted so she was beyond thrilled about it.

In her role as a special envoy she went all around Europe over the next four years until her travelling took her to the Kingdom of Lucerne. When she arrived in Lucerne she stayed with her gaurds in the town of Forks where she was first introduced to Mathew Clegane. She and Mathew had instant chemistry and this chemistry brought them sexually together on the first night they had met. Joanna was so overcome in these feelings that she missed and appointment and was forced to make up a series of lies to clear up her mistakes.

Marriage and Betraying her home 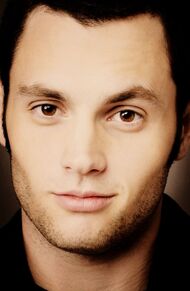 Hedrik Clegane III. - Brother in Law
Add a photo to this gallery

Hedrik Clegane III. - Friend
Add a photo to this gallery
Retrieved from "https://lucerne.fandom.com/wiki/Joanna_Clegane?oldid=66288"
Community content is available under CC-BY-SA unless otherwise noted.