Karl Franz is the son of Luitpold, and Yulia Franz and through his father becane the current Emperor of The Empire, and the Lord of House Franz. Karl Franz has two siblings in the form of Gregory, and Lisza Franz of which Gregory is the current commander of the Army of Bavaria of which is as much as the central army as their gets in The Empire, his sister Lisza was married off to the young prince of Bretonia in the hopes of ending their conflict but she was killed along with her husband during the Fall of Viche. Karl Franz is married to Petra Franz formally of the Dole and the two have a love that is talked about throughout the Empire, and she came to be married to him during his early life, and against the wishes of much of the royal council. With Petra he has three children in the form of Adalia, Ormand, and Theodore Franz of which Adalia is training alongside Petra in the art of the court and is becoming rather good at this, and their son Ormand is a member of the Kingsgaurd which is the personal champions of the Emperor, and their final son Theodore is a growing young boy but only around seven at the time of Burning Dreams.

Karl Franz is the son of the late emperor Luitpold. As a young prince he spent his time in the fields training on horseback to become a member of the royal horseman, which was a position that while military is more ceremonial in its role then actualy military. It was when they arrived in Galheim that Karl would come to meet his future wife Petra Nintress. After a long period of close time together the two would fall in love, and would marry in an intimate wedding in Aldorf. Being the son of the late Emperor he was therefore a logical candidate to become Emperor after his father's death, but seen as lesser then the Middenheim canidate, but the Middenheim canidate lost due to the menipulations of the Teuton Nationals that turned the vote in Karl's favor. Karl as Emperor would be at first very popular, but the involvment of his wife Petra at court came to be seen by the Austrian Elector Count as a weakeness and led to Priam Troy coming to hate Karl which created a block of states in the south that turned against Karl and resisted much of his movements. Unable to corall the south he would turn his attention westward where he would spark a coup against the Kingdom of Lorraine which led to the leadership of that kingdom being held by a Tueton that was little more then a puppet of the Empire. Following this he was forced to deal with the disasterous conflict against Hogwarts where a massive army of Austria was destroyed by the relatively small Hogwarts nation of which forced him to agree to a ceasefire which was a truly embaressing moment for the emperor and only rose the stock of Priam Troy in Austria.

He is widely regarded as the greatest statesman and diplomat of Europe. This reputation has declned substantancially following the disasterous War with Hogwarts which caused the utter destruction of an Emperian city, and the loss of a huge number of soilders in the attacking armies. Following this he engaged in a verbal conflict with Andrew Lovie of Lucerne, and this has caused a serious ramping up of hostilities and led Karl to give the command to begin provocations against Arnor in the hope that they would fall for a trap, and engage in war.

Karl Franz is the son of the late emperor Luitpold. As a young prince he spent his time in the fields training on horseback to become a member of the royal horseman, which was a position that while military is more ceremonial in its role then actualy military.

“I went to Galheim expecting to find nothing but a fortress surrounded by savages. Oh how wrong I was on the savages.”
— Karl Franz

When Karl was seventeen he and his family travelled to the city of Galheim in Austria where his father planned to meet with the commander of the city, and ask him about the forces of Arnor that surrounded him. It was when they arrived in Galheim that Karl would come to meet his future wife Petra Nintress. Knowing nothing of the world outside of Dole she left her homeland and travelled north where she arrived in the city of Galheim which she believed was a part of Arnor, and with no ability to speak the language of the Teutons that dominated the city she came to dispair. For weeks she attempted to be able to meet with the royalty of the city, but she found that the city was not Arnor and that the Teutons that dominated the city were not very open to foreigners, and in this she came to nearly die of starvation, and was only saved when an old man came to find her sleeping in the street, and for a short time fed her and gave her enough strength that she believed she could return home. When she attempted to leave the city though she discovered that the city was closing the gates due to the fact that a force from Arnor was nearbye and threatening the city. When she thought life was completely over for her she watched as a massive parade entered the city, and with the parade brought what she came to understand was the Emperor of the entire Empire, and the entire House Franz children as well. During this sad time she met a young prince that bid her call him Karl Franz. The two would fall in love, and would marry in an intimate wedding in Aldorf.

Being the son of the late Emperor he was therefore a logical candidate to become Emperor after his father's death. However in the Empire the Imperial throne is not inherited, but decided in an election by the Electors of the Empire. {C}Although the exact circumstances and precise details are unknown, it's likely that Karl Franz was considered far too young and inexperienced. He himself did not believe that he would be elected and Boris Todbringer, the count of Middenland, was the other candidate. The first voting was 8 against and only 4 in Karl Franz's favour, the remaining 3 Electors presumably abstaining. Maximillian von Konigswald, who was an old friend and count of Ostland, managed to persuade all but one of the other electors to cast their vote for Karl Franz. The Church of Sigmar also supported him with 3 votes. In the end Karl Franz won the election.

The failure in the War with Hogwarts has left a black mark on the reputation of Karl Franz, and it is for this reason that he is now ratcheting up the retoroic in the case of Arnor. He knows he needs a victory in whatever the next conflict is and he's willing to do anything to get it.

The lull in the fighting disapeared when he was contacted by diplomats from the Kingdom of lucerne about hopes for the two leaders to meet eachother.

The Dragon and the Griphon

Main Article : Meeting of the Dragon and the Griphon

“It falls upon us now to make a choice. Do we let Priam Troy do whatever the hell he wants to do. Or do we stop him now. We have little time left to choose.”
— Karl Franz

Following the attack on Arnor by the forces of Valeria it became clear that the next step would be the invasion of Arnor by Austria, and that when that came to pass there would be nothing stopping them from winning. Knowing this the emperor Karl Franz called several of the Cult of Sigmar alongside other high ranking officials to him, and they met to discuss how they should deal with Priam Troy and his visions for Austria. The group would come to a shared knowledge that if Austria took control of Arnor, and with the growth of Toppenheim they would be moving closer and closer to a point where they could not be defeated by Bavaria alone, and the Emperor would have to call upon the provinces of which would lead to civil war. 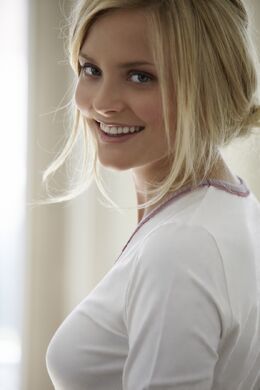 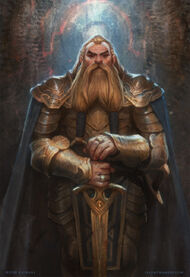 Brazen Ironflagger - Friend When Karl Franz was a young man and being groomed for the Emperor of The Empire , Brazen saw fit to make his precense known to the young Prince. This meeting went especially well, and when Karl came to power the two kept into regular contact, and The Empire, is basically the only Kingdom in Europe that Karak Ankor has increased in diplomacy under the reign of Brazen. Many do not know why this young man alone was the only person Brazen decided to meet of all the Princes that have come and gone in Europe, but one thing is for sure the fates of these two Kings are closesly related. 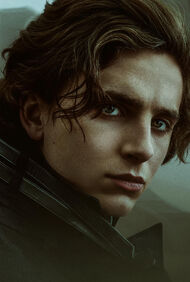 William Lovie III. - Rival William Lovie and Karl Franz had started their relationship in a generally positive way. When William was crowned the two sent letters back and forth, and so this led to a lot of positive thoughts for what their first meeting would be like. When the two did meet it was a month before the Invasion of Westbridge, and it was in the southern part of Westbridge. When the two met they nearly immediatly didn't get along, and past the customary kindness to a fellow leader the two were trading insults, and threats throughout the entire conversation. This eventually led to William Lovie storming out, and threatening that any attack on Arnor would be counted as a direct attack on Lucerne.
Community content is available under CC-BY-SA unless otherwise noted.
Advertisement