Leighton Zegers is the daughter of Trance, and Nycissis Zegers making her a member of House Zegers. Leighton has four siblings in the form of Nick, Kevin, Emily, and Scotty Zegers of which Nick was a silent boy until he became a darker man under the influence of his brother Kevin, while Kevin lost his morals during the incidents with Natalie Portmane and has raised and fostered a very large and powerful force within Valeria, Emily Zegers betrayed the house and the Valerians and since this betrayal she has lived in Lorderon to protecgt herself, and finally Scotty Zegers of whome is the current Emperor of the Valerian Empire and at the same time the Lord of House Zegers making him the most powerful member of House Zegers alive.

She silently and secretly runs the Free Valerian Army which is a fake rebellion group that attempts to find traitors to the Kingdom. She has grown to become almost protective of the Free Army which is problamatic since it is created to be destroyed. Each time she is forced to cull the army she has become more and more emotionally upset about the task, and has started to hide members of the army from the killings. Leighton Zegers following the coup of Kevin Zegers would hide herself within the fortress of Trasnet where she continued to use her network of spies to try and strike back against her brother of whom she now deeply hated.

Leighton Zegers is extremely loyal to her House, and this fact she has proven time and again, with her constant betrayal of anyone who she deems a threat to her House's control.

Despite leading a privileged and prominent lifestyle, Leighton is generally characterized as a comical overachiever. At times, Leighton's ambition can lead her to embrace a haughty and scheming side. Generally speaking, Leighton is ruled by her insecurities, despite a confident exterior, usually caused by her feeling inferior to Emily. While she's regarded as being extremely knowledgeable, Leighton seldom leaves success to chance, or to her own talents, and usually works to sabotage her competition. Typically, Leighton finds rivals in most females, including (and sometimes especially) Emily, her best friend. A result of this insecurity, Leighton does not trust easily, and when she does is always tremendously hurt when she feels betrayed. However, despite her manipulative and often ruthless behavior, she is revealed to have a sensitive and loving nature as well. This side is revealed time and time again especially when Blair must come to the defense of someone she cares about.

"My life had purpose back then. I didn't matter that in the back of my mind I knew what I was becoming was terrible all that mattered was that I was helping my family. In my mind it all made sence, or maybe I just worked tirelessly to keep the lie going."

Leighton Zegers was born the third oldest child of Nyisisses, and Trance Zegers. She grew up a trusting and loving girl, but the death of her father caused her mind to become paranoid in many ways and turned her away from her earlier interests in homemaking, and weaving. During her youth she absolutely ideolized her older brother Scotty Zegers and this love for him led her to attempt to constantly be good enough for him to care about her. She did have non-sibling like feelings for him but she understood that wasn't possible so she constantly barried these feelings and attempted to just go about her days.

"My feelings for Scotty drove me forward in all the things that I did. I knew my sister was starting to have fears about what we were doing but I ignored these and just moved forward into a new direction that I hoped my brother would accept more."

These desires to please him led Leighton to begin life as a informant for the house far before she founded the Free Valerian Army, and the first was the betrayal of her best friend in Emily Zegers. She and Emily had always been basically inseperable and truly the best of friends, but as they got older Emily begin to hate the way the leadership of House Zegers treated the people of Valeria. In this way she begin to discuss openly with Leighton about how she planned to inform the neighboring kingdoms about what kind of behavior the leadership was going into. Leighton at that moment understood there was a line in the sand and she could either be loyal to her best friend or her obsessive love for Scotty Zegers. She eventually decided to rat on Emily Zegers and this caused her near death but she would escape to Lorderon where she became a gaurded guest of the Kingdom of Lorderon, and the Kingdom of Lucerne following this.

"After I betrayed Emily I started to feel like I had more to offer then just being some influencial women hiding in the background. I begin to believe that I could build something on my own without the assistence of anyone elce. When I asked Scotty about it he was more then reseptive, and this drove me towards the creation of the Free Valerian Army."

Leighton felt that being a political wife wasn't the only thing she could do for her family so she approached her brother Scotty with the idea of forming her own rebellious group in order to lure traitors out of the society. She did this only three seperate occasions where she would built them up to such a point that there would be numerous loyalists to the Free Valerian Army and the first two times she had no problem destroying much of the leadership when the time came but on the third time she became more invested in the growth of the Free Army of Valeria and through this she came to know and begin to love one of the leaders of the Army in

"I got tired of all the death. What was the point in even working at building something just to tear it down. The longer it went on the more I hated myself, and lost my hold on the reasons that once seemed so obvious to me."

The cycle of destruction and recreation was something that at the beggining Leighton was very clearly understanding in, but with each time she became more confused as to why it had to be this way. She grew close to certain members of the leadership in the army and begin to feel a level of commadre with these men that she had barely felt anymore amongst the broken leadership of the Kingdom of Valeria. Realizing things were changing she gathered together another group of men that she knew to be of little honor and even less morals and corralled them into a mercenary group that she could use later on. As she grew closer to the leadership she realized she didn't have the heart to destroy them, and because of this during the third culling of the army she hid them along with many of the other top level leadership of the army. Alongside the hiding of the leadership, she also hid large segments of the actual forces of the Free Valerian Army, and when the time came to acutally cull the army she gave them a list of the evil men that she had cultivated instead. Because noone questioned her loyalty their was little questions regarding the people that had been killed. This was a distinctly traitorous move, and it caused her great discomfort to do, but it was something she no longer could accept. When she met back up with her men she begin to realize that she could not return to her family in the same way that she had, and the only way forward was to free the people of Valeria herself. She would return briefly to her brother Scotty where she in her own mind said goodbye to him, but she knew that from the look on his face he was lost to the depression and stress that being the Emperor of Valeria was giving him, and thus he didn't understand what she was trying to tell him and just dismissed her without any sort of emotion.

"That was the moment everything changed. After that I would never be able to look my family in the face again. I had created a lie for the purpose of good instead of evil, but where I had thought this would make me feel better about what I'd done I still felt like I had betrayed something."

So for a girl who had lived her life in the protection and loyalty to her house she now found her loyalty to something new. This new loyalty led her to begin to question everything that was happening. She begin to question whether the violence againt their people was truly neccessary, and as she asked this she found she didn't believe it was anymore. Leighton attempted to talk to her brother Scotty about this but he wouldn't hear about it. Without Scotty to guide her she begin pushing herself completely into her love of the Free Army, and she commanded that her leadership corp, and forces move to the second largest town in Valeria in the form of Breman. No more was this a joke force that was built to be destroyed for the enjoyment of the leaders in Munchen, this was a force that was extremely loyal to Leighton and was willing to all die to a man to make the Valerian region free of evil. Much like her brother Kevin had carved out his own little Kingdom she too begin to carve out her own west of Munchen and the Fort of Valeria in the small town of Bremen.

Leighton Zegers following the coup of Kevin Zegers would hide herself within the fortress of Trasnet where she continued to use her network of spies to try and strike back against her brother of whom she now deeply hated. 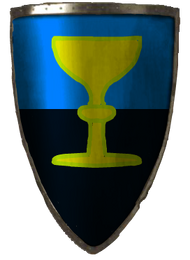 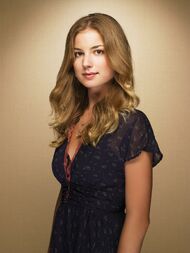 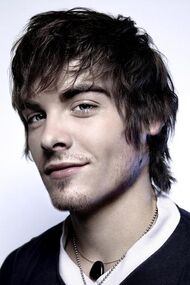 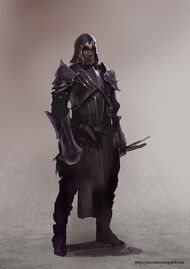 Johan Rosno - Uncle
Add a photo to this gallery

Retrieved from "https://lucerne.fandom.com/wiki/Leighton_Zegers?oldid=74304"
Community content is available under CC-BY-SA unless otherwise noted.