Lisa Tyrell or Lisa Lovie is the daughter of Ollena, and Mastir Tyrell making her a member of House Tyrell. Lisa Tyrell has four siblings in the form of Mace, Mina, Janna, and Lydia Tyrell of whom Mace is the current Lord of House Tyrell and the crafter of House Tyrell's movements, while her sister's Mina, and Janna were killed during the Fall of Tree Hill, and her final sister Janna was badly injured during the conflict and is now blind. Lisa Tyrell would come to marry James Lovie early in her life and she would love him deeply and was loved in return, but their love faded as he returned from Lyons as a broken man and this was completely destroyed when she suffered malaise, and depression following the birth of their son Tristan Lovie. With James Lovie she would come to have three children in the form of William Lovie III., Tristan, and Alice Lovie of whom William is the current King of Lucerne and one of the most influential men in Europe, her son Tristan was a troubled man for nearly her entire life but was finally killed during the Battle of Berne by William Lovie, and her daughter Alice was the source of a great turmoil in House Lovie and was eventually exiled from the house but was returned when William took control and now she sits at his side.

Lisa Tyrell would become one of the first people influenced by the White Dovah as a result of the Meeting of Celes Pinnacle, and she became the target of Lornax of whom eventually caused her madness as she pushed Lisa to have more children despite knowing the cost.

Lisa Tyrell was born the sixth child of her father Mastir Tyrell and thus at the time of her birth she stood outside of the line of succession for her family as they practised a male gender succession law. Lisa Tyrell would be brought to High Hrothgar alongside several of her sisters, and cousins and while there she became the target of Lornax who through the use of the Voice of the Sky would discover that Lisa was a dragonborn. At the tournament of Roses in 5098 it was James Lovie and Lisa Tyrell the long time betrothed that would meet for the first time and despite attempts by some of the other houses to win the tournament it was James Lovie that won and named his betrothed the Queen of Love and Beauty and then the two were married in a small ceremony outside of Nortburg a few weeks after this. Coming to live in the massive city of Lucerne was a stark change for Lisa but she and James were deeply in love and thus it didn't matter to her where she lived. The birth of Matilda Lovie would expand the relationship of Lisa Tyrell and Lornax in that they begin using Magi in an attempt to expand the power of Lisa's dovah Magi, but this work would have the unintended effect of beggining a process of Fading which upon discovery by Lornax led to them stopping experimenting on her, but this came to late with the Fading unable to be stopped. The fall of the love of James and Lisa came after the high of her giving birth to William Lovie and the two basking in their love for what was the heir to House Lovie. Shortly after this she became pregnant once again and following the birth of Tristan Lovie she begin to suffer from extreme depression, and it was during this depression that James was forced to leave for the Battle of Lyons. The year he was gone would prove extremely troubling for Lisa as she slipped further and further into depression, and not even when her mother came to stay with them for months did she feel any better or show signs of improving.

Lisa Tyrell was born in Tree Hill and would spend much of her youth in obscurity behind her older sisters who the leadership of House Tyrell believed were more suited for greatness. 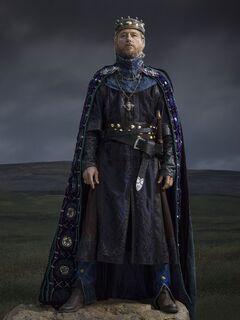 James Lovie II. - - - - Lover/Friend - - - - James and Lisa would first meet following their betrothal and from the first moment they met they had a connection and this connection only grew when their marrige brought children, and eventually it was only the loss of Lisa's mental state that led to the end of their love affair and this also broke James who was not the same without his beloved Lisa.
Community content is available under CC-BY-SA unless otherwise noted.
Advertisement