Lucerne Wiki
Register
Don't have an account?
Sign In
Advertisement
in: Capital, City of the Kingdom of Lucerne, City

Lucerne is built into a ruined Mountain Peak of which was destroyed during an ancient conflict that is now lost to time. The fact that it is within the mountain and their is an opening means that it is brighter, and with less weakenesses then a mountain hold but it also has none of the weakenesses of a normal town in that it can barely be sieged due to its location. To enter the town an army would have to travel down a killing field where in they must make three directional changes while the entire time they are being fired upon from three massive towers, and levels of ramparts built into the walls that conciele the huge number of troops defending the pass.

Lucerne is the administrative head of the Kingdom of Lucerne, and because of this much of the ruling class, and aristocrats of the Kingdom do either live in Lucerne, or send their children to the Academy of Lucerne. The Lucernian Academy is the springboard for any child who wants to be anything more then a lesser noble, and admitense into the academy is reserved for the brightest of the Lucernian children.

Founded by the Dwarves during the expansion in the Lucernian Mountains the original Lucerne was known as Thaig Luzurn and was dominated by two major Dwarven clans in the form of Clan Lunz, and Clan Duterez of whom were during the initial time of Thaig Luzern very close, but following the decline of Karak Ankor they took two different sides creating a major devision between the two. This conflict would come to ahead nearly four hundred years before the founding of Forks and would lead to the splitting of the mountians peak and the hollowing of the entire city leaving it uninhabited. humans from Forks, its construction was the debt the dwarfs ofKarak Izor paid in order to gain their assistence in the Driving Tides. The construction took many years and its completetion would springload the creation of the Kingdom of Lucerne. From this point the entire growth of the Kingdom of Lucerne and the growth of the valley all brought a massive amount of wealth to the city itself facilitating a growth into being the most populated city in the Valley of Lucerne. Lucerne would be the site of the Bloody Supper, and following this a series of massacres which would culminate in the first and only siege of Lucerne of which loyalists would betray the defenders and let the attacking army through the pass into the mountain fortress. Inside the fortress they would force their way deep into the city and force the exit of John Lovie, and the rise of James Lovie. Under James Lovie the construction of the Sky Towers would happen of which would forever change the foundation of the city of Lucerne. The Sky Towers are like skyscrapers except for that they are made in medieval style, and these towers form the living space of the richest and most powerful amongst the city with the largest of the towers the home of House Lovie. As the kingdom stagnated under the rulership of Bill Lovie the city became split into two very distinct sections in the form of Lucerne Hold, and Lucerne proper of which Lucerne proper was filled with the vast majority of the population of whom lived in a slum like excistence. With Bill Lovie taken out of power by William Lovie III. the construction of another Sky Tower was completed as well as the expansion of the living quality of Lucerne Proper while in the north of the city the expansion of the Underway grew the excistence of a third part of the city in the form of Upper Lucerne.

“Some in the streets look into the sky and say this must have been the work of Glarung himself. For how could mortals ever build such a sheltered and protected life without the help of gods.”
— Nicoli Machiavelli

The city of Lucerne is built in the center of what was once a very tall mountain in the Lucernian Mountains. The middle part of the mountain was destroyed by explosions caused by the Dwarves and Goblins fighting amongst themselves. The edges of the surviving parts of the mountain go almost 4 miles high making the city impenatrable to siege. The Dwarves during their assistence in the construction of Lucerne would also construct tunnels along the outer walls of the Mountain peak, and these are used to spray light within the mountain peak, as otherwise it would be a very dark place.

At the very peak of Lucerne sits a large amount of griffin nests of which are administered and protected by the Order of the Red Dragon's air based section. These were first founded under James Lovie, and were expanded under Bill Lovie of whom used the Griffons heavily for the travelling of his Circle of Magi as well as communication as his paranoia came to be directed at ravens as well leading to his declining use of Ravens.

“Walking down the causeway of Lucerne I wondered nearly outloud what madness would ever drive an enemy to attack this city. Arrayed all across the walls were ramparts that could hold hndreds of archers, and if that wasn't enough we walked by the four towers arrayed at the corners of the causeway and they held balistas and yet more room for archers. I was coming at the feet of the fture King of Lucerne, and even I felt intimated by the causeway.”
— Hedrik Clegane III.

The city of Lucerne has only two entrances with the only route into the city for any sizeable number of people being a winding causeway built by the Dwarves. This Causeway loops at three spots and at each loop their is a tower built high in the causeway that can rain attacks on anyone foolish enough to enter. The towers themselves contain balistas (In the case of the Tower of Martin Hannover there are three balistas aiming down the causeway) and these balistas are capable of horrifying damage to a packed force trying to make there way through the causeway.

At the front of the causeway is the entrance to Lucerne, and it is here where there is a road that runs between the two man made lakes that run along side the edges of the entrance.

Inside each of these lakes sits two towers which can only be accessed by a tunnel that goes under the water and thus cannot be accessed by a land based force and must be either destroyed or ignored. Inside the lakes on each side are statues of The Dragon's Aenatrix, and Paxtilo who are the ancient defenders of Lavania which is the netherland for those who worship the Dragon. 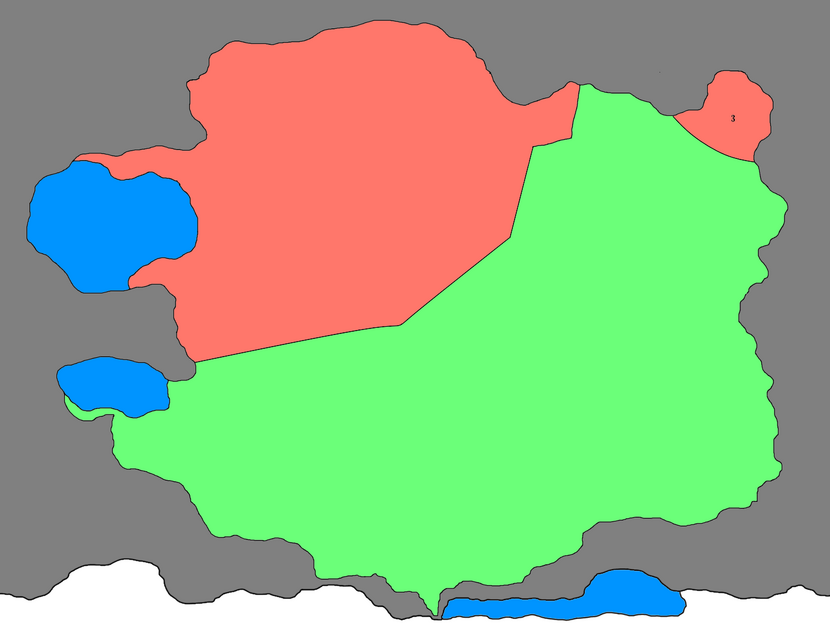 The city is basically made up of two internal cities, with the inner most part of the city called Lucerne Hold and filled with the wealthier and more affluent members, and the rest of the city called Lucerne Proper and having a signicicantly larger population but also much less affluent. The majority of the population live outside the mountains, but the ruling families and aristocrats live in mountain homes, and the towers called the Sky Towers.

The only Entrance into the Valley that contains the city of Lucerne is a causeway that has beeen constantly upgraded by the denizens of the city. The causeway is now 1300 Ft in length, and has been adjusted to a width of only 20 Ft. The causeway has been molded to have 4 turns in it, and at each of these turns is a tower that is the garrison of some 25 troops.

In Lucerne Hold stands the Fortress of Hornhammer. This is the location of the Kings Keep and the location that is set up to be the last stand for the city. 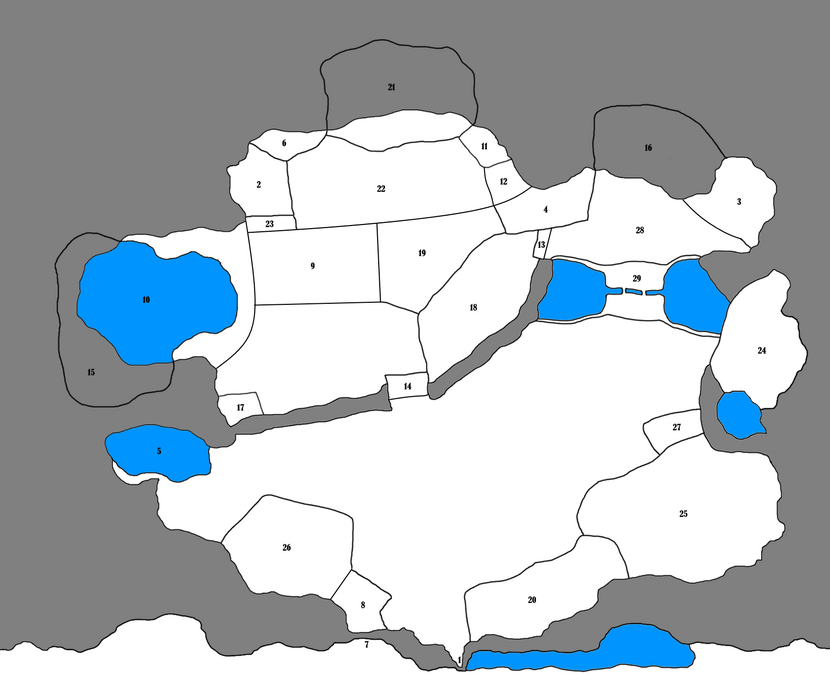 Founded by the Dwarves during the expansion in the Lucernian Mountains the original Lucerne was known as Thaig Luzurn and was dominated by two major Dwarven clans in the form of Clan Lunz, and Clan Duterez of whom were during the initial time of Thaig Luzern very close, but following the decline of Karak Ankor they took two different sides creating a major devision between the two. This conflict would come to ahead nearly four hundred years before the founding of Forks and would lead to the splitting of the mountains peak and the hollowing of the entire city leaving it uninhabited.

Following the relative growth and peace of the reign of James Lovie and Bill Lovie before the Battle of Lyons , the city would enter a prolonged period of stagnation and perhaps decline.

Bill Lovie and his growing madness placed the overall goal of the Kingdom to be to build a city in what he called "home valley" and from this valley the people would ride out the continuel invasions by the Orcs. This strategy was the reason for Bill beginning construction of the Underway, and Berne two projects that took away from Lucerne's centric role in Lucerne. Under Bill Lovie , the city of Lucerne was no longer the most important city in the Kingdom. This lack of importance, and the utter contempt Bill sometimes show towards the city at times, meant that the city began to stagnate.

The city is ruled in the majority by the King of Lucerne. When it comes to local matters, and logistics much of the work is put through to the Lucernian Council. The council is the organization where the heads of each localized region meet in a centralized location to discuss matters of cooperation, and improvement. The Lucernian Council is made up of five main citizens of the city of which the positions under the rule of William Lovie III. have taken the form of the following members

Hand of the King

The Hand of the King is the king's chief advisor and executor of his command in the council of Lucerne. Duties of the Hand include commanding the king's armies, drafting laws, dispensing justice, and generally managing the day-to-day running of the city on the commands of the King in Lucerne when he is not present. The Hand may act on the king's behalf when he is indisposed, and sit on the council while doing so.

The Master of Coin is the city of Lucerne's chief financial adviser. Duties of the Master of Coin include keeping account of the receipts and expenditures from the city treasury, receiving reports from royal officials, supervising the collection of taxes and custom duties, borrowing money, managing the royal treasury and supervising the three royal mints. The Master of Coin also sits on the overall Lucernian Council in the seats of the Royal Treasurer where he will often advise on the goings on of the city of Lucerne's economy. The Master of Coin oversees a large number of offices including the four Keepers of the Keys, the King's Counter, the King's Scales, the officers in charge of mints, harbormasters, tax farmers, customs sergeants, wool factors, toll collectors, pursers and wine factors.

The capital of the Kingdom of Lucerne is incredibly homogeneous in its religious practice as nearly the entire city is Dragonoph, with only a small number of Christians, and also a smaller still share of others. The Christians are centered around a small church located in Lucerne Proper and they have dwindled quite a bit since the death of Earl Scott.