Marwyn Krinner was born the second child of Benjamin Krinner, and this led to a percieved future that would be powerful for House Krinner. She grew up a very beautiful and intelligent young women, and this led to many suitors for her hand in marriage, but her father coveted her and continuesly said no for years, until he finally searched for a marriage on the basis of a matrilinearl marriage which was very rare in the Valley of Lucerne. During the events of the Rise of Lucerne her father would arrange a marriage between her and the third son of House Dane in the Riverlands which finally gave Marwyn the oppurtunity that she was waiting for. Arthur Dane would arrive in Berne a month later with a small entourage, and they were shocked when he was only twelve years old, but Marwyn was forced to accept this and treated him with great respect.

Marwyn Krinner was born the second child of Benjamin Krinner, and this led to a percieved future that would be powerful for House Krinner. She grew up a very beautiful and intelligent young women, and this led to many suitors for her hand in marriage, but her father coveted her and continuesly said no for years, until he finally searched for a marriage on the basis of a matrilinearl marriage which was very rare in the Valley of Lucerne. During the events of the Rise of Lucerne her father would arrange a marriage between her and the third son of House Dane in the Riverlands which finally gave Marwyn the oppurtunity that she was waiting for. Arthur Dane would arrive in Berne a month later with a small entourage, and they were shocked when he was only twelve years old, but Marwyn was forced to accept this and treated him with great respect.

“I got the letter before my father did and the moment I did I knew everything was going to change. He was surviving simply off the lie he told himself about my brother, and if he learned the truth with his own eyes it would finish him.”
— Aria Arryn

The city of Berne was tense as Aria, and Hanna Arryn had become the most powerful leaders of House Arryn overpassing their father Byron of whom was hated by the nobles for his cowardess during the Battle of Berne. While this was happening Aria was somewhat rebuilding her relationship with her father and came to discover that her father still believed her brother Byron was going to come home, and it was for this reason that he was improving his image. It was weeks after discovering this that Aria Arryn would get a letter from William Lovie III. detailing to her that the Order of the Violet Dragon had narrowed down the location of Bill Lovie and that most her brother Byron had in fact been there, and he wished to know what Aria wished them to do with his body. Aria would for that moment remember the brother she knew so many years ago, and want to bury him in Forks where the family had grown up, and where she remembered him with fondness. First going to her sisters Hanna, and Spencer the group would speak kindly of their brother and the way in which they wanted to remember him, but at this point Aria would reveal what she knew about their father and his dependance on the memory of their brother, and they all realized he wouldn't survive the news.

“The three of us went to him and tried our best to say goodbye. It was a tragic moment as he knew nothing of what we were doing, and yet that conversation would be the last I would ever have with my father. I knew I didn't have the heart to tell him, and for that he died alone.”
— Aria Arryn

The girls would decide to spend time with their father one last time before they knew he would go off the deep end, and each of them had a different idea of what this would end with. The three would travel with a troop of Arryn troops north of Berne to a large waterfall where they spent the day together, and despite Byron becoming increasingly dillusional as he was kept away from Berne they had a good final time with their father. As they returned to Berne, Hanna would travel with only five men west to Greengarden, while Spencer would travel with a hundred men to Castle Scorpian where she planned to organize the living of the retreating refugees that the Violet Dragons had freed from both Orleans and the surrounding area. Left alone with her father Aria would be prepared to tell him when she grew weak and left it to Maester Coleman of whom she told to give the letter from William to once they had returned to Berne.

Aria would be in the keep of Berne when Maester Coleman, and Benjamin Krinner would enter followed by many other high nobles of the city. Maester Coleman would tell her what she already knew would be to pass, when he told Aria that Byron had thrown himself from walls of Berne and was dead. There was silence as though noone had loved Byron they cared deeply for Aria and thus gave her time to digest the news of her father's death of which she would sit with her head down for a moment before rising and addressing the assembled lords. Describing how good a situation they were in now she wished for them to support her as she took her claim to William Lovie III. in an attempt to make herself the Arch Dutchess of Berne. Benjaming Krinner would be the first to stand and support her, and following this many of the other lords quickly stood and joined the chorus of cheers and applause for her. Aria Arryn would call for the next oldest male of House Arryn in the form of Paul Arryn, and his brother Derek of which both arrived quickly as they were both in Berne. The three would meet and Paul would indicate that he believed she was the best choice, and Derek agreed, and thus Paul would travel with her to Forks where the funural for her brother and father would be held, and it would be there that they would support her claim to the control of Berne.

Funeral of an Arch Duke

“It was a strange thing to stand around and watch him go beneath the ground. I know he would have been happy knowing his body was so close to his heirs but I just wish it would have been different.”
— Hanna Arryn

Derek and Spencer Arryn remained in Berne in order to lead the city in the absence of Aria and nearly the entire nobility of the Grand State travelled to Forks in order to meet with the leadership of Lucerne and decide the new Lord of Berne, of which they overwhelmingly wanted to be Aria. Arriving at Forks Hanna and Aria were greated at the front of the caravans and at the entrance of Forks by William Lovie III., Leven Martell, Jasper Hale, Alice Lovie, Bella, and Charlie Swan and William would get off his Griffon and walk to the front where Aria and Hanna got off as well and he would hug Hanna and say his apologies for their loss. The funeral would go as expected with very few attending outside of the Shadow Council, and Bella Swan of whom wanted to support Hanna as she put her father to rest.

“Did you come here thinking for even a second that I might reject you? If you did then I suppose I should elect a few more females to my council.”
— William Lovie III.

Following the ceremony the Shadow Council, and the Arryn sisters would meet in Swan Keep alongside Charlie Swan of whom would meet with Aria over what she wanted to say. Aria would make an impassioned speach detailing why William should name her the Arch Dutchess of Berne, and the others stayed silent and stared at William once Aria was done. William stayed silent for a moment before breaking out laughing causing the rest to laugh until finally William revealed there was never any question as to if she would be named the new ruler. Hanna would travel with her husband back with William and the others to Lucerne where she would plan to stay for several months in better climate and try and help the sickly Harrold Krinner as they attempted to have a child. William having named Aria the Arch Dutchess of Berne would make her the first female leader of a Grand State in the history of Lucerne, and she returned to Berne at the head of the massive force of Berne and finally okay with her position in the political landscape. 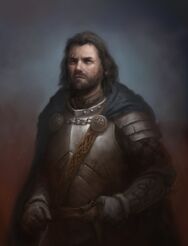 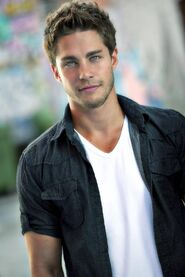 Danzal Krinner - Brother
Add a photo to this gallery

Retrieved from "https://lucerne.fandom.com/wiki/Marwyn_Krinner?oldid=35827"
Community content is available under CC-BY-SA unless otherwise noted.