Meghanna Fox is a Lahmian Vampire and was once an extremely loyal member of the Lahmia bloodline, and trusted member of Queen Neferata's retainer, but she has now become a member of the vampire rebellion movement led by the Strigi Vampires. Meghanna has fallen in love with the powerful member of House Labeouf in Shia Labeouf.

Meghanna following her love affair with Shia Labouef and joining the rebellion in Weerhousen would found the Red Foxes of Westbridge of which was a new name for her personal bloodline.

Meghanna Fox was born in the capital of Lahmia the daughter of the prominent House of Fox within the Kingdom of Lahmia and through this family ties she would be groomed to become a handmaiden for the queen of Lahmia. When she was finally brought to the princess she became very close with Angelica marking her as one of the favored handmaidens of princess Angelica Neferata during a golden period for the Kingdom of Lahmia. Of course her promotion to Handmaiden was greatly celebrated by her family and friends, and she would come to have a great love for her Queen in Angelica Neferata, and this love was returned by Angelica who showered her with gifts throughout the years before being turned. As Angelica fell into becoming a Vampire she made the decision to turn Meghanna her trusted Handmaiden into a Vampire thus making her one of the first Vampires and the head of her own bloodline known as the Red Foxes Bloodline. Elasus and Meghanna retreat from the ruins of Numas traveling westward towards the Nile where they hope to take a boat northward, and traveling north they eventually find a fatally wounded Tormend who Meghanna turns into a Vampire before they travel again north eventually reaching Hashin. Meghanna would thus retreat with the Lahmia Vampire court into southern Europe where she was within Greece and joined the forces of Hercuso in instigating the Vampire-Mycenean conflict becoming the personal killer of dozens during the massacre that instigated the fighting. Meghanna would return to her queens side when she made a deal with W'soran to free Elasus from his imprisonment and in return for freeing Elasus she had to bring a prince of Arnor to his death, and would agree traveling to Arnor where she seduced prince Jafrey Hemsworth eventually leading to his imprisonment by W'soran. After freeing Elasus and realizing that her old friend had not been asleep the entire time as W'soran had said but instead had been starving and in a state of constant torture she was forced to kill her old friend and then in revenge killed Jafrey Hemsworth ending his torture but causing her to be cursed by W'soran. Following this victory for Weerhousen, Meghanna begin taking the name Meghan, and had a noticeable change in morals. During this change she spend a lot of time with the Strigi, and when she left it appeared she was back to normal, but in fact she has lost faith in Queen Neferata. She became obsessed with completing the mission of the Strigi in that she wanted to end the rule of Queen Neferata by any means necessary but at the same time she was ordered to undertake missions for the Queen. In one such mission she would come to meet Shia Labeouf in Westbridge, and the two would come to fall in love. As their love grew it would become interrupted when the Lucernians invaded the city, and when she sensed her mate in danger she rushed to Westbridge where she infiltrated the entire city and reached Shia only to find him safe and being uplifted by the Lucernians. As she tried to get back out of the city she was captured by the forces of House Martell who were about to kill her when she was saved by Shia who had sensed that she was nearby.

"I had so many dreams about what my life would have been. I wanted everything to be in my life to be nothing more then what those dreams in my mind were. I never wanted to live forever, and the fact that nothing I did would change what I had become just broke my heart."

Meghanna was born in the capital of Lahmia the daughter of the prominent House of Fox within the Kingdom of Lahmia and through this family ties she would be groomed to become a handmaiden for the queen of Lahmia. When she was finally brought to the princess she became very close with Angelica marking her as one of the favored handmaidens of princess Angelica Neferata during a golden period for the Kingdom of Lahmia. Of course her promotion to Handmaiden was greatly celebrated by her family and friends, and she would come to have a great love for her Queen in Angelica Neferata, and this love was returned by Angelica who showered her with gifts throughout the years before being turned. As Angelica fell into becoming a Vampire she made the decision to turn Meghanna her trusted Handmaiden into a Vampire thus making her one of the first Vampires and the head of her own bloodline known as the Red Foxes Bloodline.

As she accepted her new role as a vampire she became a sort of bodygaurd to Angelica, and this became more important after the ambush and murder of Jesus beause when this happened many people of Lahmia's capital turned against the Neferata Dynasty and were rebelling in the streets.

As the situation in Lahmia begin to collapse following the murder of Jesus and the rising tension in the capital it was Meghanna who was the target of an assassin attempting to remove the personal guard of the queen, but before the assassin could kill Meghanna it was Elasus that took the crossbow bolt meant to kill her, and in order to save her loyal servant she turned him into the first member of her bloodline.

"It was a dark time for me. All the killing, and the deviance didn't change for a moment that I was hollow everywhere. I just wanted an escape, and nothing I did was changing that."

When the Lahmians finally decided to stop in Weerhousen Meghanna was one of the most enthusiastic members of the new world they lived in. She took to a small village in southern Weerhousen, and from a cottage in the woods she hunted the village for over fifty years until she finally drained the life of the last family of whom she had been taunting for nearly five years. This kind of brutality meant that she was deemed by her sister Neferata to be an extremely promising member of the kingdom and thus when the opportunity, and plan by W'soran to infiltrate the Kingdom of Arnor in order to get a massive number of dead solders she was chosen as the most suitable choice to succeed.

“We decided without much thought that despite we believed in their motives it would be best if the people didn't find out about them. Whatever their loyalties were the people wouldn't accept them as anything more then monsters, and we had to accept that too.”
— Shia Labouef

With the relationship between Meghanna, and Shia Labouef continuing despite his knowledge about what she was it was simply a matter of time until others came to know the truth. This would happen when a servant overheard accidently struck her with a knife when she was cutting food, and the wound healed faster then it should have. The servent would alert Harry Labouef of whom would barge into the room with many armed men where Meghanna leapt to protect Shia and was nearly killed during the exchange but Shia was able to stop his father from killing her. Harry would confine her to a cell, and despite Shia's constant attempts to have her released, his father feared greatly for Shia's life and refused everytime no matter what Shia suggested. The confinement lasted for weeks, and as this went by Shia would visit her in the prison, but watched constantly by his brother Luke Labouef he was unable to feed her his blood, and her pain grew increasingly bad as time went onl. Meghanna would begin to starve, and as she started to die her progeny's would sence her death knell, and arrived in Westbridge, where they broke into the prisoner, and were nearly able to get her released at the cost of killing several gaurds, but Meghanna resisted this saying the gaurds hadn't done anything and didn't deserve death. Harry watched alongside his personal gaurds as this happened and changed his opinion of her nearly completely in one single moment.

“I just wanted a life. I didn't want to hurt anyone anymore...”
— Meghanna

Hearign from the gaurds what was happening Shia broke though the gaurds placed on him to keep him away and barged through his brother and hugged Meghanna deeply. Tormund Fox would come forward with a vial of blood smuggled with him in case they were not able to find live bodies, and she was fed while Shia held her in his arms. Realizing watching his son that his heir was deeply in love with this girl, Harry Labouef would stop fighting her, and while sending away her progenies Meghanna was brought back to strength using the blood of animals, and as she healed she grew on Harry of whom saw how much she loved his son. Meghanna, Shia, and Harry would come to an arrangement where Meghanna would be sworn into House Labouef and act as a part of the Honor Gaurd, and would be allowed to stay within the city as long as they did not feed on a single drop of human blood, and despite the resistence of Tormund Fox they would all agree to this becoming known as the Red Foxes of Westbridge.

William travel to Forks on their way back to Lucerne from Fairmarket. On the boat ride back after a long talk with Morrigan, she takes matters into her own hands and finally reveals to William that she wants him in what ever way she can have him, and despite his marriage he sleeps with Leven. Arriving in Forks they are met on the docks by Charles Swan of whom they talk with for a time, but this ends when Riley Scott arrives alone on horseback, and wishes to return with them to Lucerne for a time. Riley reveals to him that Dan Scott is conspiring to make him and heir and he loves his family and doesn't want to see them come to harm through the manipulations of Dan Scott. Leven goes with William as he talks with Riley, and after Riley leaves with Thomas for a while he tells her that he is amazed at the changes in his son, and as they watch as he spends time with Thomas, and longs to see his three oldest sons become friends. Leven once again talks to Morrigan of whom congratulates her on gaining William in the way she did, and Leven shocked to know Morrigan knew begins to take Morrigan into her confidence revealing the arrangement she offered William and he seemingly agreed to. 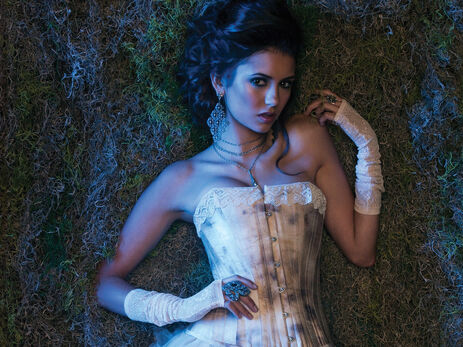 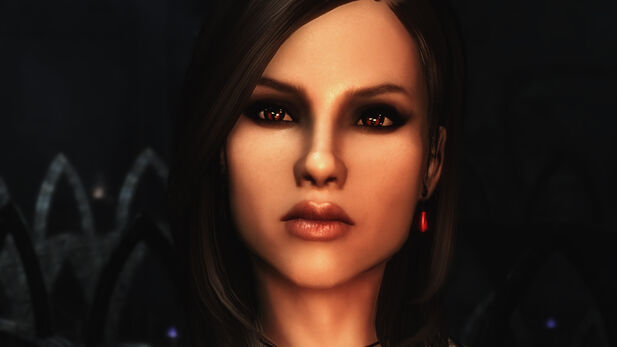 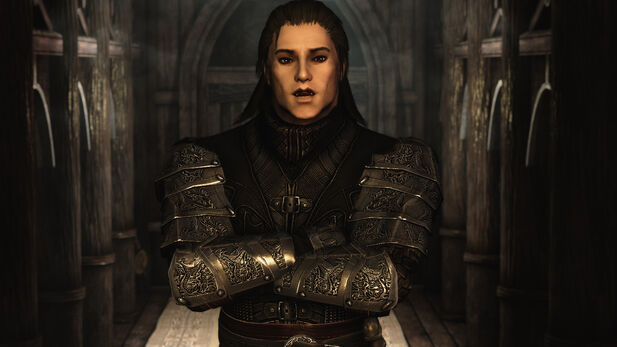 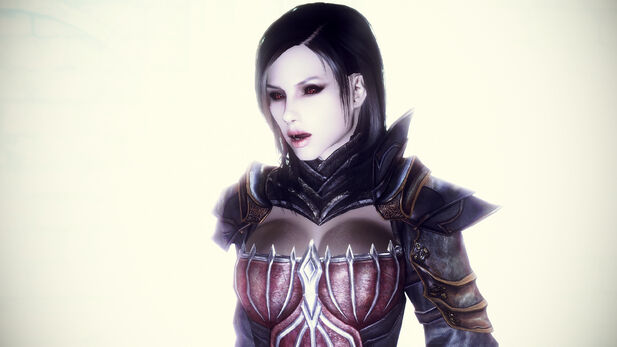 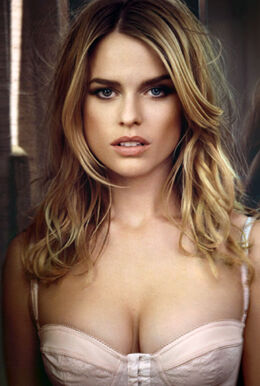 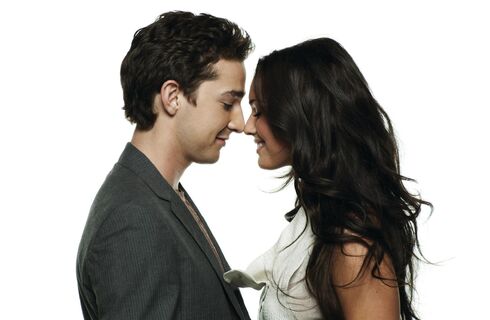 Following his murder of Adele Eve she felt very little remorse over the killing pushing it into another notch of her seemingly endless amount of murderous actions, but this would change dramatically as time went by.