Start a Wiki
Obara Snow is the youngest daughter of Oberyn Martell II, and she was mothered by a women he met in Italy of whom abandoned her to his care making her a member of House Martell but carrying the surname of Snow. Obara Snow has no full siblings but she has several called the Snow Snakes that she considers her full sisters in the form of Nymeria, Tyrene, and Sarella Snow of which Nymeria has become a member of the Sunspear Order and leads a battalion of troops, while her sister Tyrene joined the Sunspear Order alongside Nymeria and fights in the same battalion, while her sister Sarella is a member of the Order of the Green Dragon and she works at the embassy in Hogwarts.

Obara Snow was born the last of the bastard children of Oberyn Martell away from Ellaria Sand, and this made her especially important to her father, who following her birth no longer wished to travel the world trying to find happiness. Obara Snow would spend only a few years with her mother before she was abandoned but on the same day her mother left her on the street to die, she was picked up by her father who brought her back to Dorne with him. Her time in Lucerne was spent staying close to her father, and as time went by close to her fathers new lover in Ellaria Sand of whom was especially kind to her despite the fact that culturally she probably should have resented her bastardy birth. The elder Snow Snakes would join their father when he went to the Divine Lands alongside several other Martells, and during this time they saw what many bastardy children lived like, and became greatly interested in doing this for themselves.

Obara Snow was born the last of the bastard children of Oberyn Martell away from Ellaria Sand, and this made her especially important to her father, who following her birth no longer wished to travel the world trying to find happiness. Obara Snow would spend only a few years with her mother before she was abandoned but on the same day her mother left her on the street to die, she was picked up by her father who brought her back to Dorne with him.

“If everything we heard about the Boltens was correct then we needed to move on the Divine Lands quick before the Frey's or Boltens did it first. ”
— Hedrik Clegane III.

Following the meeting of the Kingdom of Lucerne, and Lorderon it became clear through those talks, and the talks with the Riverlands, Seagard and others that the Kingdom of Bolten was an extremely menecing actor in the field of Westros. Along the westernside of Westros sat the independant land called the Divine Lands. The Divine Lands had an alliance amongst eachother to defend eachother if things ever came to fighting, and this had allowed them to escape the clutches of larger Kingdoms like Bolten, and the Freys. Communication begin with the Divine Lands after Nicoli Machiavelli would communicate with the leadership of the three city states and from insiders he had planted in the area learned the ways he believed he could get them to the Lucerne side of things.

“Grandlen had a population on par with Gulltown. I didn't have to hear another word about why we needed them in the fold.”
— Hedrik Clegane III.

Firstly he sent promices of large arms trade agreements with the largest of the towns in the form of Grandlen of which created a strong bond between the two. On top of this he would offer hands in marriage to his eldest daughter in Allenia Grandlen of whom was approaching twenty three but the prospects in Grandlen were not what he was looking for. Lord Grandlen was very much interested in having a large meeting of the Divine Lands, and said that if the Lucernians could put it together he would be a staunch supporter of theirs during the meeting.

“Jeutenburg was scared of the Karstarks. It took two letters to realize that they wanted us more then we probably needed them, but even if we could have squeezed them into a more permanent alliance our mandate wasn't to do that so we played fair.”
— Hedrik Clegane III.

Jeutenburg would be substancially easier to placate as they mainly just wanted protection, and this was dealt with when William Lovie sent a letter to House Banner telling them that the Kingdom of Lucerne would intervene on any conflict which involved Jeutenburg. Nikolas Banner would arrive at Koenisburg after the third letter between he and Lucerne and would be prepared to be very positive towards the Lucernians during the meeting. Alongside Jeutenburg the mercentile city state of Ventin would be contacted as well, and they basically only wanted assurances of assistence in the case that the Frey's attempted to block their trade routes. If the Frey's could not be reasoned with then increased southern trade was their main option thus making them send five members of the Trade Union Guilds to Koenisburg for the meeting.

“Oberyn Martell II. showed me during that tournament that honor and knighthood were real. My doubts about the Dragon were extinguished that day never to rise again, and the only fitting thank you I could do now was to swear an oath to his blood.”
— Britt Lancave

Last to get within the fold was Koenisburg of whom was perhaps the most important of the city states as the long term goal of Koenisburg was to act a major port nearbye The Trident which would alert Lucerne to any problems. Koenisburg was led not by a house as the other states were and instead was a hyper theocracy led by the Voices of the Dragon of whom are led theoretically by the Voice of the Dragon. Communicating with this voice they discovered the voice was Britt Lancave of whom had won prestige in Lucerne during the Nortburg Tournament of 5120. After determing from the council that they would like to be aligned with Lucerne if for no other reason then to make the Frey's less willing to threaten them she would go about making the best deal possible. After negotiations of shipping lanes, and trade was over she knew the deal was signed and simply wanted one more thing. Britt Lancave wanted only one thing in order to pull her to their side and that was for them to send a Martell that she could swear an oath before. This was an easy task and they sent Obella Martell of whom wanted any excuse to travel eastward and see her fiance Robb Starke.

“It was rubber stamped and the only thing remaining was to actually get everyone in a room and agree to work together. There were small talks of making the Divine Lands a state, but this went away when the Grandlens made it clear they were not ready for that yet.”
— Hedrik Clegane III.

The meeting would finally take place following the return of William Lovie III. and his family from their time in Lorderon the second time. Nicholi, and Hedrik Clegane would not return to Lucerne with the rest of the group and instead would meet Obella and Robb Starke in Koenisburg for the meeting. All the parties would arrive for the meeting except Teonisburg of whom obeyed the command of Koenisburg and saw no reason to send more representatives. The meeting would become somewhat interesting when several Frey's made dock in Koenisburg and attempted to join the meeting. Finding Robb Starke inside there was nearly a fight inside the hallway and Robb Starke would leave the hall in order to not make more of an issue then there already was. The meeting would continue and Obella Martell took the oaths of Koenisburg while the others signed papers of alliance with Lucerne thus sealing the Divine Lands as a Lucernian alligned area. The night came and as the Frey's prepared to leave Robb Starke once more attempted to make things better but instead of this he ended up insulting them more when Obella came out, and seeing she was his fiance by the way she clung to him the Freys were further insulted and left more angry and with more ammunition. 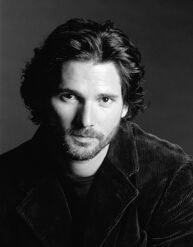 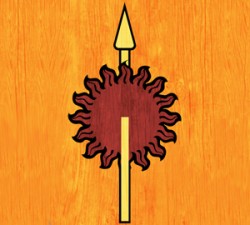 Tyrene Snow - Half Sister
Add a photo to this gallery

Retrieved from "https://lucerne.fandom.com/wiki/Obara_Snow?oldid=31518"
Community content is available under CC-BY-SA unless otherwise noted.