Robert Robbet is the son of Broel, and Tollesa Robbet making him a member of and the Lord and Patriarch of House Robbet until his death during the Second Tinterdale-Calleville War. Robert Robbet has three siblings in the form of Astaria, Margot, and Orella Robbet of which his sister Margot would take control of House Robbet following the sacking of Tinterdale and has led the family ever since, his sister Orella was captured in the same attack that killed Robert and was sold at Paris at the slaving rings, while his sister Astaria is a Magi of whom has remained one of the chief loyalists to her sister.

Orella Robbet would join the retreat as planned following the Skirmish at Calleville and she and three of her personal knights were responsible for raising and lowering the bridge at the River Calleville which they were able to raise the bridge but they were attacked by human turncoats on the island that controlled the bridges and slew which led to the bridge being unable to be lowered and thus the Orcs followed the retreating forces. 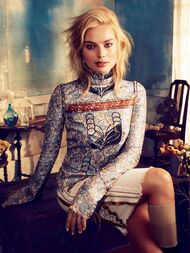 Margot Robbet - Sister
Add a photo to this gallery

Margot Robbet - Family
Add a photo to this gallery
Retrieved from "https://lucerne.fandom.com/wiki/Orella_Robbet?oldid=68093"
Community content is available under CC-BY-SA unless otherwise noted.