Orival Craneis the son of Falena, and Dustin Crane making him a member of House Crane through his father, and a member of House Fauce through his mother. Orival Crane has many low born siblings through his father of which the most noteable are Waymar, Jaelle, Selysha, Cerwyn, and Aerys Flowers of which Waymar is the leader of the Wingless Cranes and is very loyal to his noble born brother Orival Crane of whom has always treated him well, his sister Jaelle is a member of the Wingless Cranes and runs the operation from the side of being the one with all the actual plans, his sister Selysha stands alongside Wayman as the main fighter of the Wingless Cranes and her skill with a bow is legendary in the south of Lucerne, his brother Cerwyn would join the Order of the Violet Dragon becoming one of the only bastards of Dustin Crane to not join the Wingless Cranes, while Aerys is skilled fighter of whom is squiring for Hedrik Clegane III. and has gained noterity through this and the things he has done in this service. Orival Crane would come to marry Sasha Roses following sleeping with her during the aftermath of learning of the supposed death of Anna Kendrick and she loves him quite deeply and while he loves her his memory of Anna Kendrick continues to haunt him.

Orival Crane was born the first and eventually only child of his father Dustin Crane, and throughout his youth he was the most beloved thing to his father, but at the same time he watched as his father casually disrespected his mother by fathering many bastards. As the arguments continued with his father he would ask his father to go away for a time and when he did he was sent eastward to Frosthelm where he squired with House Varryn. His time with the Varryn's was great for him as he became best friends with Renford Varryn II, and also very close with his bethrothed in Rhaena Skane, and when he eventually did leave the Varryn's he would have made friends that were for a lifetime. Renford's bethrothed in As . Returning home to Crane Castle he would become very close friends with Anna Kendrick of whom he would eventually bed and together the two explored this for the first time together. Anna Kendrick would depart Crane Castle but he never forgot her and continued to push his father to work a bethrothal, and sent letters to her nearly once a month but eventually gave up after his letters went unanwsered, and his father was rejected in his attempt to get the betrothal. As he grew up he would with the blessing of his mother begin to round up the bastards of his father, and treating them with kindess he formed them into a group called the Wingless Cranes of whom he centered within a small ruined holdfast south of Crane Castle of which they named Wingless Keep. Orival Crane would join a force of House Crane led by his father that went northward to the southern edge of Tree Hill following the fall of Tree Hill, but his father recieved a letter from Bill Lovie of whom told them to return to Castle Crane. Orival Crane during his attempts to understand why they had abandoned Tree Hill would travel to Lucerne where he would attempt to meet with the King, but would meet with Carlisle Cullen instead of whom dismayed him by telling him lies that he was smart enough to know were untrue. Following his failure to get the truth he would gather the forces of House Crane against the wishes of his father and attacked Tree Hill where he would retake the Hill of Earl and held it for several months before he was forced to pull back after being attacked by the Circle of Magi. Orival Crane would continue to be hung up on Anna Kendrick and rejected several offers of marriage and attempted to take his mind off this by taking part in the Journey where he and his Wingless Cranes led the forces of House Crane after his father refused to abandon Bill Lovie despite the supposed siding of Bill over his son. During the Journey he took part in both major battles, and during the relieving of the Tree Hill he would be one of the men by the side of WIlliam Lovie III. as he entered the ruined city. Orival Crane would join his friend Lucas Scott during the Invasion of Westbridge and would be in the assault force that broke inside the defences. Travelling to Westbridge following this victory in Braedin he would come to meet Sasha Roses a bastard of House Grimm, and telling her of his lost lover Anna Kendrick of whom he discovered from Emile Hirshe that she had died on a boat trying to find him at Braedin he would lose himself and sleep with Sasha Roses leading to him marrying her the next day in order to keep her honor. Orival Crane would return to Crane Castle with his now wife Sasha Roses and despite a lot of anger from his father over the marriage he continued to grow the Wingless Cranes of whom he treated with the greatest of respect, and due to the respect he had inside the realm of House Crane the bastards were treated as nobles by most of the vassals of House Crane. Orival Crane would travel with his father, and wife to Lucerne in order to meet with them for movements to the south, and while there Orival would be there for the arrival of Riley Scott, and also the two would travel with the royal family to Westbridge where they met Lucie Lovie.

Orival Crane would join a force of House Crane led by his father that went northward to the southern edge of Tree Hill following the fall of Tree Hill, but his father recieved a letter from Bill Lovie of whom told them to return to Castle Crane.

A Crane in Tree Hill

Following his failure to get the truth he would gather the forces of House Crane against the wishes of his father and attacked Tree Hill where he would retake the Hill of Earl and held it for several months before he was forced to pull back after being attacked by the Circle of Magi.

Failure of a King

“I believed. I believed that the royal family would protect us. I was young. Too young to understand that sometimes men fail. ”
— Orival Crane

Orival Crane during his attempts to understand why they had abandoned Tree Hill would decide that the only real thing to do was to travel to Lucerne where he would attempt to meet with the King. He travelled alongside his Wingless Cranes and they made their way east to the great river where they then took a boat northward arriving at Gulltown and then walking to Lucerne. Arriving at Lucerne they were shocked as noone seemed very worried about Tree Hill, and shortly after their arrival they would meet with Carlisle Cullen instead of whom dismayed him by telling him lies that he was smart enough to know were untrue. Leaving Carlisle Cullen behind they stayed the night in a tavern in Lucerne Hold, and it was as they were staying in the room and looking out the window that Orival, Jaelle, and Aerys would see a boy and girl around their ages sneaking through the streets, and while at first not thinking much of it they saw that the boy was elegantly dressed and had flowing blond hair much like the stories they had heard of the prince of Lucerne. Following the two they would catch up to them as they entered a great cave in the side of the mountain, and at this point the two met up with four others in the form of the Shadow Council, and Amber Heard II. Watching from the rocks they watched as the group swam in the water, and it was Jaelle that said they should introduce themselves, and agreeing with her they prepared to do just this but as they moved forward they were stopped by several cloaked men of whom dragged the group away silently and took them into an alleyway. Believing they were going to be killed several of the cloaked men voiced this point of view that the group should die, but one of the men stepped forward introducing himself as Emond Mountain and told them to tell him the truth of what they were doing. Revealing they had just wanted to meet the crown prince Emond would command that they be allowed to leave, and they did this with great haste returning to the tavern and the still sleeping Selysha, and Cerwyn of whom they told what had happened. Following this they were visited in the morning by Emond Mountain of whom had followed them home afterwards and had waited until the morning to speak to them. 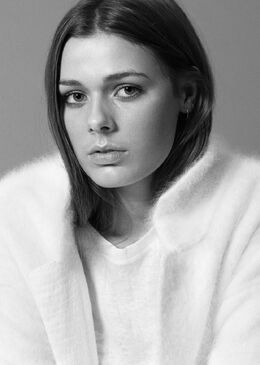 Sasha Roses - Wife
Add a photo to this gallery 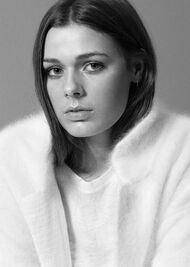 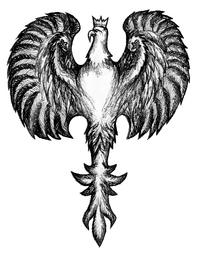 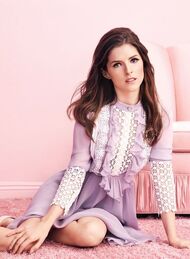 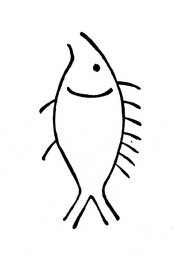 Jon Lowport II. - Friend
Add a photo to this gallery
Retrieved from "https://lucerne.fandom.com/wiki/Orival_Crane?oldid=75097"
Community content is available under CC-BY-SA unless otherwise noted.