Coming of the Goblins

While the loss of the army at the Gate wasn't good for the Goblins they had nearly unlimated forces at this point and thus they wanted to keep up the pressure so they hastily re-launched their attack on Karak Mulger which was still attempting to repair the damage to their defences. The Battle was a tough fight but again the Goblins were pushed back by the determined Dwarves who were at this point beggining to recieve reinforcements from Karak Izor as the situation out front the gate had somewhat stabalized the hole warzone.

After the disasterous First battle of the Gate, and the following defeat they suffered during the Karak Mulger, the Night Goblins became even more aggressive in their attacks. The Goblins moved many of their forces to the far back of the conflict where they launched a series of raids against the unprepared Karak Izor who didn't think they could be hit. In this lack of preperation the Goblins had found a series of mines that were abandoned and through them they were able to sneak there way inside the Hold itself where once inside a series of desperate battles were fought which together are called the First Battle of Karak Izor.

Main Article : Karak Mulger As the Night Goblins attacked the Dwarf Hold of Karak Izor their main thrust came out when their huge forces attacked the recovering fortress of Karak Mulger. The Dwarves had still been working on the repairs to the Hold, and because of the swiftness of the attack the Goblins were able to mass themselves at all entrances to the Hold, and had it completely surrounded. As the Dwarves prepared to accept the charge of the endless Goblins they were all shocked as the Goblins burst through tunnels in the deepest core of Karak Mulger. With these breaches the Dwarves were forced to pull forces from their strong points, and this was exactly what the Goblins had wanted them to do. The moment the Dwarves moved from the fortress the Goblins begin overruning the defences at every entrance. The moment of the fall of the Hold was at hand, and everyone involved knew what was happening as the entrances, and the Dwarves were pushed back completely. The Dwarves that had went to react to the burrowing Goblins now discovered their fellow Dwarves retreating into the core of the Hold, and with this the thousands of Dwarves left prepared for their last stand. The Nigh Goblins massed their thousands and then charged the beligured Dwarves before the forces of Karak Izor could once again intervene and possibly save what little remained of the hold. The Dwarves held the gateways into the core for more then two hours before the last Gate Gaurd was pulled apart, and with this the Goblins were inside the walls, and they proceeded to massacre the remaining Dwarves inside the Hold

With Karak Mulger overrun the goblins believed themselves to have the upper hand. In this high for the Night Goblins their scouts reported that the human army had regrouped and was now on its way to the gate with the obvious intentions of retaking Karak Mulgar. The Night Goblin leader knew he didn't have the hold neccessary to be able to maintain control of Karak Mulgar, and if the humans did enter the mountains and team up with the Dwarves, the Night Goblins could possbily lose the war.

With this in mind the Goblin commander pulled his forces from the siege of Karak Izor, and left a large force their to hold the Dwarves in place. He then took the entire Night Goblin army and headed to the gates of Lucerne. When William Lovie, and the Lucernian army arrived at the gate they saw the massive Goblin Army arrayed in front of them. In this moment the two armies just stared eachother down. Each side wanting to be the ones with initative this caused the two armies to charge eachother.

While the Goblin army was leaving to attack the humans at the gate, the Dwarven King of Karak Izor, and Karak Mulger gathered their entire army and launched a shock attack at the goblin army that had remained to hold them in place. So much hate was on the side of the Dwarves, and so sudden was the attack, the goblin army barely even got out of their beds before the Dwarves had completely wiped them out. With this victory the Dwarves moved themselves behind the army of the Nigh Goblins. 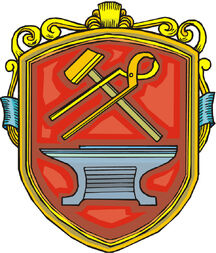 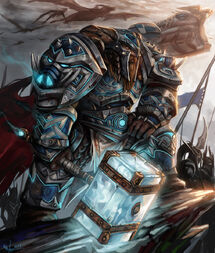 Retrieved from "https://lucerne.fandom.com/wiki/Othos_Hallbreaker?oldid=46573"
Community content is available under CC-BY-SA unless otherwise noted.