Owain Brightmyre is the son of Ormond, and Tessa Brightmyre making him a member of and the heir to House Brightmyre through his father and a member of House Goldblom through his mother. Owain Brightmyre has three siblings in the form of Lessa, Moira, and Dailin of which his sister Lessa is a young lady that is being educated in Dusthaven by the Queen of Dustin but is Owain's best friend for all intensive purposes, his daughter sister was a beautiful young girl but was captured by Ironborn during a reaving and her recovery has become a major effort by the Brightmyre's, and his younger brother Dailin is still young at the time of Burning Dreams.

Owain Brightmyre was born the first son of his father Ormond Brightmyre, and as a young boy he showed a great love of the water, and a sword. These two things brought him to squire for his father's brother Vorlund where he would be knighted several years later on his twelvth birthday after winning a squires tournament in Dusseldorf. During the tournament at Dusseldorf he would become first enamored by Mary Dustin, and also begin a rivalry with the heir to the rebellious House Whitewood in the form of Quentin Whitewood. Owain Brightmyre would be recalled from the capital where the king was responding to what he was being told by his daughter Mary was a growing level of rebellious behavior in the lands of the Whitewood's as well as a growing number of military forces of the Lucernians on that border.

Owain Brightmyre was born the first son of his father Ormond Brightmyre, and as a young boy he showed a great love of the water, and a sword. These two things brought him to squire for his father's brother Vorlund where he would serve as a squire very loyaly and with enough skill that when a squire's tournament came about in Dusseldorf Vorland would take Owain there alongside his sister

“I was getting tired in Dustenvale with all the things I was doing. It was exhausting constantly trying to improve things, and take control, but I felt like I had to in order to get respect. I went to Dusseldorf not looking for love, or power. I went to Dusseldorf wanting to rest.”
— Mary Dustin

Mary Dustin would be growing her influence in the capital, and as she was constantly working at this her father would talk to her about how exhausted she looked some nights, and she took this to heart. Realizing she was still young she would jump at the oppurtunity to accompany her father, and half brother Peter Dustin as they travelled westward for the Dusseldorf Tournament of 5130. The tournament was being hosted by the Whitewood's in order to show that their next generation was very proud of being a part of the Kingdom of Dustin. Each major house of Dustin would send a young noble to the tournament, and the jousting was fought over by the young heirs of all the noble houses and many of the more minor houses. At some point during the tournament Owain Brightmyre would overhear Quentin Brightwood talking with his uncle about how stupid the Dustin's were, and Owain confronted him on what he said but Quentin denied ever saying it, and this caused a great deal of resentment and anger between the two nobles. The two's rivalry only increased when the younger Owain Brightmyre defeated Quentin Whitewood during the final match of the jousting and was made the victor of the tournament by Quentin's father. In a further slap to the face Owain would name Mary Dustin the Queen of Love and Beauty and it was during this moment that Quentin first truly came to meet Mary as she fled the main tent into the forests after all the attention exhausted her. Quentin and Mary would talk for some time and during this talking they both discovered that while they loved their family they both found the role of a young noble exhausting some times and they were only seperated when she was found by her guards and brought back to her family.

“You understand son it was all planned. We brought all the nobles here, and showed them how much valor and honor you had. We showered them with the image of you as the perfect young knight. And then we showed them Trystane and made sure that everyone of those Dust nobles knew what kind of young man he was.”
— Doran Whitewood to Quentin Whitewood

Following this Quentin returned to the camp with Mary and the two discovered a large commotion as apparently Quentin's younger brother Trystane had been caught by the Hornwood's attempting to raid a farm on Hornwood land. Captured at the site the Hornwood's had sent a large force to hold him, and it was in this situation that Mary Dustin would acompany her father and brother alongside the Whitewood's to the site where they negotiated with the Hornwood's to release Trystane. The negotiations didn't go well at first but Mary Dustin would be able to convinse them to release Trystane back to them after promicing to begin increased trading with the Hornwood's. Returning to Dusseldorf Mary was unable to see Quentin again but was stopped by Owain Brightmyre who commended her bravery and told her that he was proud to have such a noble, and beautiful lady at the capital. Following this Mary, and the Dustin's left Dusseldorf alongside all of the non-Gothic nobles and with their departure it was revealed to Quentin that Trystane's attack was a planned affair meant to show how rebellious Trystane was and how honorable Quentin was.

Coming to the Castle

Owain Brightmyre would be recalled from the capital where the king was responding to what he was being told by his daughter Mary was a growing level of rebellious behavior in the lands of the Whitewood's as well as a growing number of Lucernians on that border. 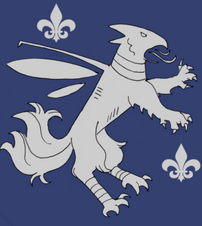 Tessa Brightmyre - Mother
Add a photo to this gallery

“He was the Knight I always dreamed of, even when I didn't know that's what I wanted.”
— Owain Brightmyre

Owain Brightmyre, and Mary Dustin would first meet after she had travelled into the lands of House Brightmyre on a personal mission to improve the relationship between the Brightmyre's and the Dustin's. Her relationship with Owain grew as her friendship with his sister Lessa Brightmyre grew, and the two would have an increasingly strong amount of chemistry together. Towards the end of their time together she was able to convinse his sister to travel to Dustenvale, and this went along with a marriage proposal from Owain Brightmyre of which Mary Dustin would secretly accept, but other then Owain's father, and sister she would decide to keep it a secret until she had spoken to her father on it.

Retrieved from "https://lucerne.fandom.com/wiki/Owain_Brightmyre?oldid=31563"
Community content is available under CC-BY-SA unless otherwise noted.