Publius Galerius would leave Rome following the confrontation between his father and Gaius and would be sent with Gaius as a means for his father to show loyalty to the more loyalist faction and also silently to protect his son of whom was his most beloved child. Cnaeus Galerius would attempt to flee Rome following his discovery that the Sacking of Rome was going to go ahead of time due to the intervention of Gaius Glabo but he would betrayed by his son Caeso of whom murdered him while he was boarding a boat before himself fleeing to Sardinia where House Galerius under Flavia Galerius had consolidated their power base. 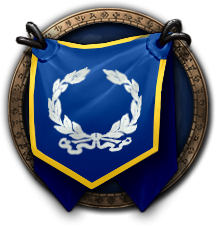 Flavia Galerius - Sister
Add a photo to this gallery

Retrieved from "https://lucerne.fandom.com/wiki/Publius_Galerius?oldid=48359"
Community content is available under CC-BY-SA unless otherwise noted.