“Do not fear your husband Milady. Lucas would never allow him to harm you. And if for whatever reason Lucas was unable to protect you. You know I would lift heaven and earth to make sure he never touched you.”
— Garlan Tyrell

Haley James and Garlan Tyrell met for the first time when Garlan was sent to be educated by his aunt's family in Tree Hill in the form of House Scott. Dring this time she was very kind to him as he was very nervous, and in this kindness he grew quite close to her, and this did lead to problems with Nathan Scott of whom was constantly having affairs on Haley despite their being betrothed. 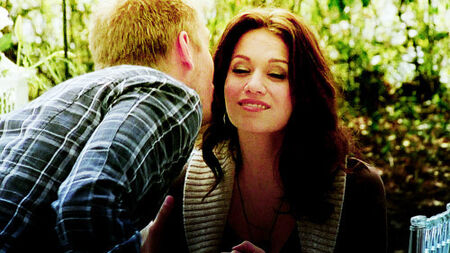 Lucas Scott - - - - Lover/Friend - - - - Haley and Lucas were very close friends growing up with Haley's friendship to Lucas giving him increased clout despite the reputational damage that he suffered due to the public signs from his father that he was out of favor and his own personal shyness. This close friendship turned into romance during the Siege of Tree Hill and with the downfall of Haley and Nathan it was Lucas who fathered a child with Haley and as their relationship grew stronger they both attempted to come together but found their attempts blocked by a vengeful Dan Scott, but despite this they became romantically linked privately but never publicly.
Add a photo to this gallery

A quiet child that if he wasn't a member of an influential family might have found himself the center of bullying Lucas found solace in his youth in his one true friend Haley James. It was almost everyday that they would spend together, and because of the terrible state of her own family Haley came to sleep in Lucas's room basically everyday. What most would have assumed would become a romantic relationship never really moved in that direction. Despite the fact that they slept in the same bed for years, they never really had any sexual feelings towards each other. Haley and Lucas have been a constant source of trust and love for each other, and with the recent decline in Nathan's morals the two have grown even closer. Some whisper that without Nathan Haley is falling in love with Lucas. This part of their relationship was probably always there but it wasn't something that Lucas felt he was aloud to say out loud, and Haley was to scared to be the one to admit it out loud. Because of this the two existed in love but not saying the kind of love they shared, and because they were never sexually intimate the others among them simply accepted that they shared no physical attraction to each other.

“Everyone around simply watched Nathan believing he was the most perfect thing ever created, and for a time I also believed that. The more I got to know Nathan and Lucas the more I came to see how clearly greater Lucas was in nearly every aspect of life.”
— Haley Scott

During the Siege of Tree Hill the personality of Nathan Scott took a noise dive, and he and Haley begin to fight almost every time they saw each other. Despite this Haley found solice in Lucas who was struggling greatly with the emotional strain of what had happened to him. His relationship with Peyton was on the rocks due to her rejection of his proposal, and he was becoming conflicted by a girl that noone elce could see in Morrigan. But with Haley it was all just so simple. There were no games, or drama they just enjoyed eachother's company. It was during this time that she did become pregnant with a child following their first time together, and it was at this point that she realized that Nathan would know as they had been unable to sleep together and thus she would all but admit it to him in a brief conversation. 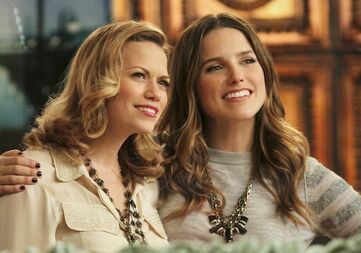 Brooke Scott - - Best Friend - - Brooke and Haley were very close friends prior to the Siege of Tree Hill but during the Siege they became insperable and then once the city was relieved it was Haley who became a major supporter of Brooke and this loyalty would continue untested until her attempts to kill Isabella Swan became more intense and Haley could not support it anymore and she would reveal Brooke's plans becoming a major reason for the Fall of Brooke Scott.
Add a photo to this gallery 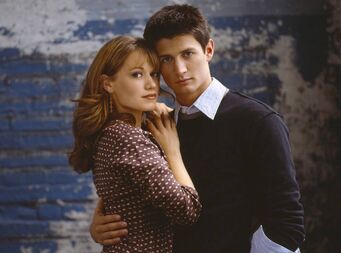 Nathan Scott - - - - Lover/Enemy - - - - Haley and Nathan fell in love as teenagers but as Nathan grew older and his fathers influence corrupted him the relationship between Haley and Nathan fell apart and led her into the arms of his brother Lucas which broke them completely and led to the one time lovers to become bitter rivals despite remaining married.
Add a photo to this gallery

Margeary Tyrell had a crush on Nathan Scott for years and when she became friends with Brooke Scott she finally found her way into the heart of Nathan who became completely overcome with lust over her to the point that he and her had sex while Brooke was asleep in the bed beside them. This was the beggining of their affair but it wasn't the end as even though Nathan got together with Haley he could never forget about Margaery and she and he became silently the most people to eachother. As Nathan and Haley drifted apart the two fell back together and the only thing that Margaery couldn't understand was why she wasn't pregnant yet of which would provide her with the one thing that Haley could not give him. When Haley got pregnant her dreams were crushed as Nathan decided to give their marriage another shot but by this point she was emotionally gone and it didn't take Nathan long to return to Margaery of whome tried everything to become pregnant with his child.

Retrieved from "https://lucerne.fandom.com/wiki/Relationships_of_Haley_Scott?oldid=78142"
Community content is available under CC-BY-SA unless otherwise noted.