“I don't blame anyone for what happened to us back in Lucerne, because I understand what happened. To be a human being means to possess a feeling of inferiority which constantly presses towards its own conquest. The greater the feeling of inferiority that has been experienced, the more powerful is the urge for conquest and the more violent the emotional agitation.”
— Rhaegar Targaryan

Rhaegar Targaryan is the oldest son of Aryes Targaryan III, and Jurnei Targaryan making him the heir of House Targaryan. Rhaegar has three siblings in the form of Rhaella, Deneyres, and Viserys Targaryan of which Rhaella is the eldest child and was a dragonrider and the wife of Rhaegar Targaryan until her death at the Red Keep, while Deneyres is a very important dragonborn of the house, and Viserys is a military commander of the forward dragonstone fort of Redkeep. Despite his high position he has never married any of the suitors that have tried to get his hand in marriage.

Rhaegar is a truly gifted warrior with a just as brilliant mind, and form an early age it was clear that he was going to be the heir to the Emperor of Dragonstone, as well as the Patriarch of House Targaryan, This position was the reason he was given the harp of the dragon which is one of the most important relics of House Targaryan as it is able to call dragons to the player. Rhaegar spent a long time attempting to use the Harp without success but one night he had a graphic dream in which he was fighting a dragon, and after losing in the dream nothing changed with the harp, but eventually he had the dream again and when he won this time the Harp begin playing for him. After this a massive tower was built in Dragonstone, and at the top of the tower Rhaegar played his harp once a week until finnally six months later the red dragon Flenix heard the song and came to Dragonstone. Attacking west of Dragonstone his sister would meet problems against the Kingdom of Nordling of whom formed a large alliance in order to resist the coming Visigoths that the Nordlings believed would not be good for their future. Rhaegar would meet with their leadership in an attempt to convinse them to stop their resistence and his arrival on another dragon was supposed to put great fear into the hearts of the nordlings but instead sparked more fighting as they were able to recruit two other kingdoms to join them after the threat. Rhaegar was unable to stay in the west long due to further advancement of the Trollocs in the south and he was forced to lead a large force from Dragonstone against the Trollocs of which led to the large Battle of Crenek where the two sides were greatly bloodied but the Trollocs came out better due to their superior numbers and basically halted the Targaryan southern advance. Following this Rhaegar digs into Red Keep alongside a growing amount of incoming troops from Dragonstone and the rest of the empire. He is dealt a betrayal when Tyrande Whisperwood abandons them and takes her forces back to High Forest and this loss of troops is a great danger to the entire front.

“I was the first son and I guess I just understood better then some princes do what that meant. I was never afraid of it. The responsibility. The effort. It was just a challenge to me. Something I had to beat.”
— Rhaegar Targaryan

Prince Rhaegar was Aryes Targaryan III., and Jurnei Targaryans first born son, and was born during the exodus of the Targaryans to their new home in Westros. As a child he read obsessively, to the point that jests were made about his habits. He became a noted warrior later in life, although he did not initially seem inclined to martial habits. However, he became motivated to excel in this field, apparently by something he read. At seventeen he was knighted as a dragon knight of Targaryan, and from all reports grew into a highly skilled and capable fighter, always distinguishing himself well at every fight he took part in.

When Rhaegar turned eighteen he was approached by his father Aryes Targaryan III., who decided that the time was right to give Rhaegar the harp of the Dragon. The harp of the dragon was the item that the Targaryans had recieved for doing the bidding of the robed man in Koenisburg. Rhaegar was made to understand the extreme importance of him being able to use the harp so that they could call the dragons to them at some point, and to this end Rhaegar spents weeks sitting at the harp attempting failingly to make the harp make noice. It was said that only one truly destined for greatness could make the harp play, and so his failure brought him great shame.

Coming of the Dragon

While Flenix recovered the Targaryans decided they needed to get back their heirlooms they had lost during their stay in Koenisburg, and Karhold. In order to do this they decided on a two fold plan. The first stage would be to gather money through the use of Rhaegar Targaryan winning tournaments throughout Westros. The second stage was the larger production of the minerals in the mines northwest of Dragonstone. With both of these plans they believed they could quickly procure vast wealth which they could use to retreive their old heirlooms, as well as providing for supplies, and equipment that would improve Dragonstone itself.

Beleyrian as he grew larger would be paired with Rhaegar and the two formed a close emotional bond as through the Dragonborn blood of Rhaegar the two were bonded. 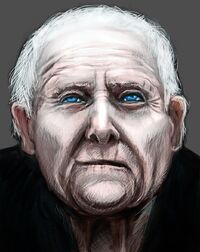 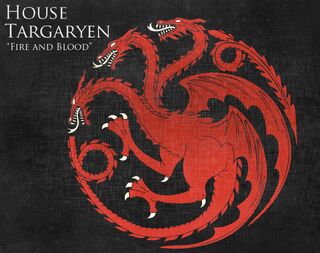 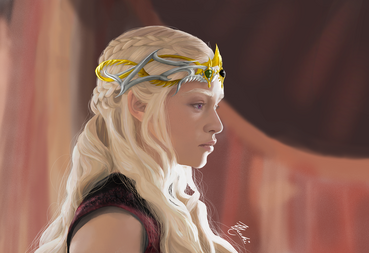 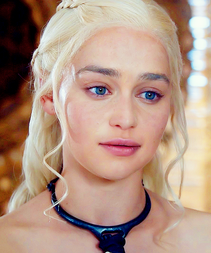 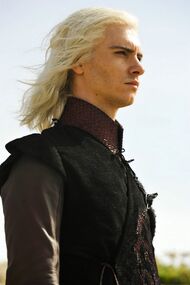 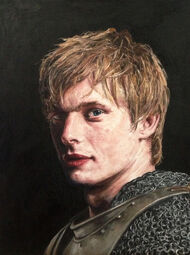 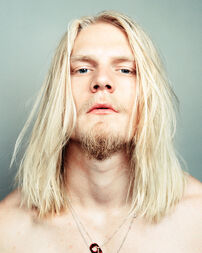 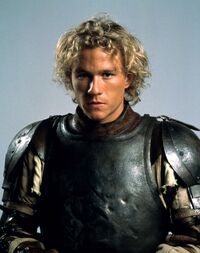 Hanzal Targaryan - Cousin
Add a photo to this gallery

Rhaegar Targaryan would become a POV Character during the newest chapter of The Rise of the Dragon where he would launch the massive invasion of the lands south of Dragonstone, while his sister went west and his cousins and others went northward.

Retrieved from "https://lucerne.fandom.com/wiki/Rhaegar_Targaryan?oldid=79537"
Community content is available under CC-BY-SA unless otherwise noted.