Robert Robbet is the son of Broel, and Tollesa Robbet making him a member of and the Lord and Patriarch of House Robbet until his death during the Second Tinterdale-Calleville War. Robert Robbet has three siblings in the form of Astaria, Margot, and Orella Robbet of which his sister Margot would take control of House Robbet following the sacking of Tinterdale and has led the family ever since, his sister Orella was captured in the same attack that killed Robert and was sold at Paris at the slaving rings, while his sister Astaria is a Magi of whom has remained one of the chief loyalists to her sister.

Following the death of Broel Robbet at the First Battle of Calleville Bridge it was the young Robert Robbet who having been prepared for this moment despite his youth that would take command of the war effort but in the aftermath of the First Battle of Calleville they had achieved great success and the First Tinterdale-Calleville War ended and peace reigned as Robert focused on consolidating his control of the lands west of the Calleville River. Robert Robbet would following the Battle at Calleville Bridge lead the army of Tinterdale back towards Tinterdale and during this retreat he would be forced to agree to raise the bridges and made his way inside Tinderland against everything he had ever planned in his time as leader. Robert Robbet would fight on the bridge into Tinterdale for several minutes holding off the rampaging Orcs as the defenders attempted to do what the bridge had not been designed to do in the quick lowering and raising of the bridge and during this he would be struck down by the Orcs leading to a near collapse of the defenders until Astaria Robbet took command and stopped the rout. 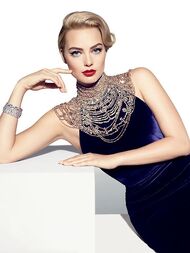 Margot Robbet - Sister
Add a photo to this gallery 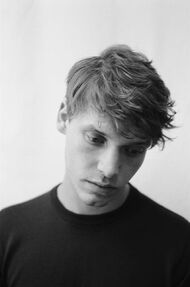 Peter Girault - Friend/Enemy
Add a photo to this gallery
Retrieved from "https://lucerne.fandom.com/wiki/Robert_Robbet?oldid=68203"
Community content is available under CC-BY-SA unless otherwise noted.