Rur-Cailin Theirin is the son of Loghair, and Selise Theirin making him a member of House Theirin. Caillin has three siblings in the form of Anora, Teyrn, Moghair Theirin of which his sister Anora is an extremely intelligent young women and the basic leader of the economy and internal affairs of Taraban, his brother Teyrn is the heir to the Kingdom of Taraban and is extremely headstrong and prone to violence, while his final sibling Moghair would be born a stillborn and his death would be the final blow to the sanity of Loghair as his beloved wife died as well during the birth.

Cailin would take part in the Coup of Taraban when he was trusted by his half brother Deleyr and told important information about the movements of the loyalist forces, and despite loving his brother he betrayed him turning over this information to his mother leading to the massive speeding up of the Taraban Coup. The leadership of Taraban would be faced with the arrival of Ramsey Bolten and discovered to their shock that Loghair left his keep and led the meeting. After the meetings they were commanded by Mordor, and Sauron himself to lead a force alongside the larger Mordor army that would be going, and that they would be responsible for the naval aspect of the campaign.

Deal with the Devil

“They thought they had won. They believed in their heart that trouble had just disapeared as their victory was all but assured. I would burn my enemies at the gates by whatever means neccessary. I didn`t work all this time just to fall at the moment before I had all the power I needed.”
— Ramsey Bolten

As the armies of Bolten were crushed on the field, and they fell back castle by castle it wasn`t until the Lannisters captured the castle of Hayford which opened the way onto the Dreadfort Peninsula that they begin to actually fear destruction. Fearing this Ramsey would go to his father and tell him he was leaving to get reinforcements, and when asked from whom he told his father he would be travelling to the Iron Islands. As he left he discussed with his Bastards that he actually planned to travel to the Iron Islands and make an agreement with them that they would not interfere in his actual plans of getting reinforcements from Mordor. Travelling to the Iron Islands his ship would be boarded by Euron Greyjoy of whom had silently reentered the Iron Islands without the knowledge of his family. Euron and Ramsey would come to an agreement where in the Iron Islands was able to reave up and down the lands outside of Dreadfort, and for this they would not only enable Mordor to enter the lands but would also join in the assault. Euron promised that by the time Ramsey returned if he did return from Mordor that Euron would be the new Iron King of the Iron Islands. Departing on their ship they travlled north east before then travelling directly south where they eventually arrived in the Kingdom of Taraban where they would meet with the leadership there in order to arrange an alliance with Mordor.

“You walked into Taraban and while you could see the humans it just had an aura of madness to the land. Controlled by Mordor for generations I`m surprised any resemblance remained of their ancient traditions, but I saw the capital and was shocked at the civilization. These were not the monsters surrounded by demons we had always been told they were. How much of legends, and stories are lies like the lies we were told of the Taraban.”
— Mallador Locke

The King of Taraban met with them briefly before saying that he had been commanded by the Dark Lord himself to have the Bolten men prepared for the arrival of the Witch King of whom would discuss terms. Waiting for days they were barely allowed to leave the keep and watching from the windows they watched as the land during the night was haunted by the shreaking of monsters, and the shadows themselves appeared to move with the haunting of some dark spirits. When finally the Witch King arrived he was accompanied by three other Nazgul in the form of Mahud, The Dark Marshal, and the former king of Lucerne in John Lovie. Believing they would have all of their requests easily accepted Ramsey and the others were shocked when they were roundly rejected for assistence from Mordor as they demanded more consessions from Bolten then just a foothold in Westros. As talks deterioated Ramsey would become so enraged that he promised them the entirety of the land outside of Dreadfort and its peninsula in return for their assistence. With this off the Witch gave them assurances that John Lovie, Mahud, and The Dark Marshal would lead a large force from Mordor and land in the Dreadfort to begin the counter assault against Lucerne.

“I wonder if he knew what he was giving away in that moment. The madness in his eyes told me he didn't care, but I still wonder. What little humanity existed in him once, would it have given him pause he fully understood the arrangement he was making. Or was he as lost as so many touched by evil become.”
— Anora Theirin

Preparing to leave Anora Theirin would meet with Mallador Locke, and using her extreme intelligence she was able to get a lot of information from him, and during the days preceding the arrival of the Witch King was able to more fully understand the situation through the lies Ramsey was telling them. Anora learned how lost the military situation was, and the fact that the Lucernians were going to be aware of the meeting with Mordor, and would dig their forces into the castles, and forts they had taken from the Boltens. Anora used this information withholding it from everyone including even her beloved brother Cailin of whom she planned to have stay behind and thus protect him from the death that would surely await anyone that went to the Dreadfort peninsula.

“Returning I couldn`t but feel like we had just doomed ourself. I knew that Anora was lying to me, and that hurt me more then Ramsey's punches, or kicks ever did. She knew we would fail. She knew we would all die, and yet despite my love for her, she was prepared to let me die.”
— Mallador Locke

The Bolten`s would depart Taraban to their ships now accompanied by men of Taraban of whom returned under the command of Mordor to prepare for the eventual landing of Mordor which would take place some two months perhaps from that since they needed to mass an army and then deliver the forces as well. Amongst these men was Teyrn Theirin the heir to Taraban and a small group of elite Black Numenorians of whom were handpicked from the most wealthy and elite families in all of Taraban. As they returned they were met by Euron Greyjoy once more, and this time he wore the crown of the Iron Islands and told them that he was now the Iron Reaver of the Iron Islands, and that the Iron Islands would join with Bolten in pushing back the Lucernians. Ramsey Bolten now realizing that he had the affairs in order for his next series of plans, he returned himself in secret to Dreadfort during the night and prepared for his next plans. 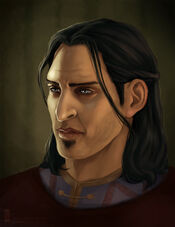 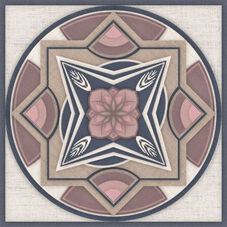 Selise Theirin - Mother
Add a photo to this gallery

Retrieved from "https://lucerne.fandom.com/wiki/Rur-Cailin_Theirin?oldid=53002"
Community content is available under CC-BY-SA unless otherwise noted.