“My enemies keep trying to take him away from me but I wont allow it. The moment he goes I go. There's no question about that.”
— Angelica Neferata

Stefon Vashenesh is a Duke of Weerhousen and the leader of the Vash Consteins bloodline. Stefon Vashenesh had several siblings of which only his brother Hercuso remains technically alive as his brother is also a member of the Lahmian Vampires of which he is Stefon's hated enemy but his brother's hatred of him is declining while Stefon's is increasing. Stefon Vashenesh has one faux child in the form of Renney Eisenburg of whom he loves on a level only eclipsed by Angelica Neferata and she has grown more and more powerful through the years.

Stefon Vashenesh was born the first son of his father making him the heir to the House of Vashenesh but throughout his youth he was constantly at odds with his father leading to his brother Hercuso being named the heir to the house. Despite losing the title of heir of his house he and his brother would be extremely close until the moment that they met Angelica Neferata and both basically fell in love with her, as this caused extreme stress on their friendship leading to a hatred of eachother as time moved forward. Stefon Vashenesh would be killed by Nagash in his final move to turning Angelica Neferata to his side and he would be resurected by Angelica who was tricked into saving him by turning him into a Vampire making Stefon into the second Vampire of the world. Stefon Vashenesh would all but spark the Weerhousen Civil War when he and his daughter Medea would flee the city of Lahmia and travelling together the two would eventually arrive at their destination in the form of Paris where Stefon's planned to take control of the slave city and change the world in the best way he could. Arriving in Paris Stefon now all but had released himself from his earlier plans of never turning anyone feeling a greater desire to save the world and in this way he would turn several prominent members of the Paris leadership allowing him to gain a foothold of power in the slaver city.

All of the previous hasn't changed the fact that with his two deaths he has come back increasingly angry and violent towards the world around him that he once was completely peaceful towards. This condition is increasingly being called becoming a "Ripper" and this has led to him doing increasingly things that he would have never done otherwise. Each time Vashenesh has been killed has made him more and more cruel until the point he's at now he is capable of some truly violent and sadistic acts. This still though doesn't diminish the fact that he is silently very emotional and capable of kindness, in a way that is nearly completely alien to much of the Vampires of Weerhousen.

Angelica was very nervous for her tests as they obviously would have a dramatic effect on what kind of life she would live, and in this nervousness she would go to her best friend in Vashenesh in order to get her nerves through things. Her testing made her the second in line behind the position of her younger brother who was deemed to be extremely promising as a new heir. This went on until her younger brother died of plague, and it became clear that she would be the future queen of Lahmia. With this change she became now groomed for the royal post she would hold. In her early life she spent most of her time in the company of fellow aristocrat Vashenesh, and his younger brother Hurcuso. The three were basically inseperable and it was clear to everyone but the three that Hurcuso loved Queen Neferata, but Queen Neferata loved Vashenesh, and Vashenesh was too stubborn to admit he loved Queen Neferata. Hercuso during this time became the darker of the three with his desire to be with Angelica clouding his previous love for his brother, as his love decreased for his brother he attempted with less and less morals to gain the control he wanted over Angelica. As this continued his actual morals declined of which would eventually lead to him convinsing Angelica to do some extremely dark things.

"I was given the option of having the single person that I loved the most in the entire world as my husband, and all I had to do was extend my hand to him and the world was mine. I have no doubt that if I was with Vashenesh then the entire Nagash debacle would have never happened and right now we would resting peacefully in a grave somewhere dreaming over our children and their future."

As her father approached death, and it appeared almost a certainty that she would become Queen, her family begged her to make a decision between Hurcuso, and Vashenesh. For days she waited for her father to die, and when he finnally did she went to her family, and said that she wanted Vashenesh to be her King. Unfortunatly it was too late, and the more charismatic Hurcuso had been chosen as her husband. It was Hercuso that was the one to release the information to the two of them and he would do this as the two were in the middle of making love. As he walked in on the two of them Hercuso came to despise Vashenesh with everything that was in his soul, and this would be the final straw for him in living alongside his brother. Hercuso verbally assaulted Vashenesh and since he had now gained immense power, he ordered several of the gaurds nearbye to beat Vashenesh with their spears, and this only stopped when Queen Neferata lay on top of him, and they would have risked hurting her.

When Vashenesh arrived alongside the rest of the Vampires in Weerhousen it was his weary that made Queen Neferata decide they would stop there. The Queen was worried that she didn't see his eyes light up like they once did, and she greatly feared he would perish if they went further.

With his death at the hands of the large Trolloc he became briefly obsessed following his resurection with finding and killing the Trolloc that did it. Queen Neferata tried everything she knew to force him into not leading his army against the Trollocs for fear that he would die again. This didn't disuade him, and he led his bloodline into the forest that surrounded the ambush spot. For days his army waded through the endless horde of Trolloc that infested the forest, and after all the death and killing his army was nothing more then a ghost of its original source.

At this point his commanders advised and begged him to pull back and regroup with the incoming Abhorash but he refused and instead ordered the army to immediatly move forward and attack the nearbye Trolloc city in the distance.

Stefon Vashenesh would all but spark the Weerhousen Civil War when he and his daughter Medea would flee the city of Lahmia and travelling together the two would eventually arrive at their destination in the form of Paris where Stefon's planned to take control of the slave city and change the world in the best way he could. Arriving in Paris Stefon now all but had released himself from his earlier plans of never turning anyone feeling a greater desire to save the world and in this way he would turn several prominent members of the Paris leadership allowing him to gain a foothold of power in the slaver city. 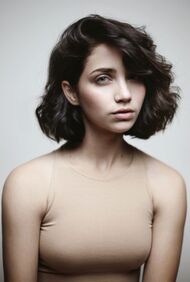 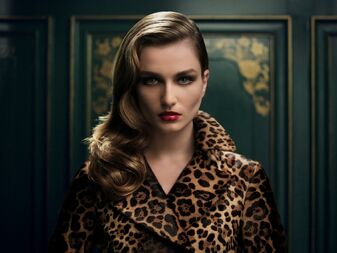 Renney Eisenburg - Daughter
Add a photo to this gallery

"Loneliness Stefan, that’s why you and I memorialize our dead. There’s the briefest of moments where we hold their life in our hands and then we rip it away and we’re left with nothing. So gathering other peoples letters or writing their names on a wall is a reminder that we are left infinitely and utterly alone."

Stefon and Hercuso have been together for centuries and because of this one would think that they would be very close, but their relationship has deteriated until it is now nothing more then hatred. When they were young the two brothers were the best of friends, but after they became infatuated by Angelica Neferata they begin to drift apart. When they fled Lahmia with the rest of the Lahmian Vampires there relationship had deterioated completely and it became Hercuso's goal in life to take control of the Vash Conteins bloodline. This goal has led to continued conflict, and Stefon has most recently become increasingly violent due to the death he recieved against the Trolloc and this has led to Hercuso becoming seemingly fearful of what his more powerful older brother is capable of.
Retrieved from "https://lucerne.fandom.com/wiki/Stefon_Vashenesh?oldid=59247"
Community content is available under CC-BY-SA unless otherwise noted.