Swedan is a large region of Northern Europe, and the ancient home of the Vandal Germans.

Originally the home of the Vandals, and Goths this region became contested during the events of the Great Migration, and now while still having a vast majority of its residents as Vandals the region is politically led by the Andals a Slavic Tribe. The Andals would spread their Chaos religion amongst the region, and the once anamistic people of the land have embraced some varience of the Chaos Gods into their lives lest they be killed for betraying Chaos. 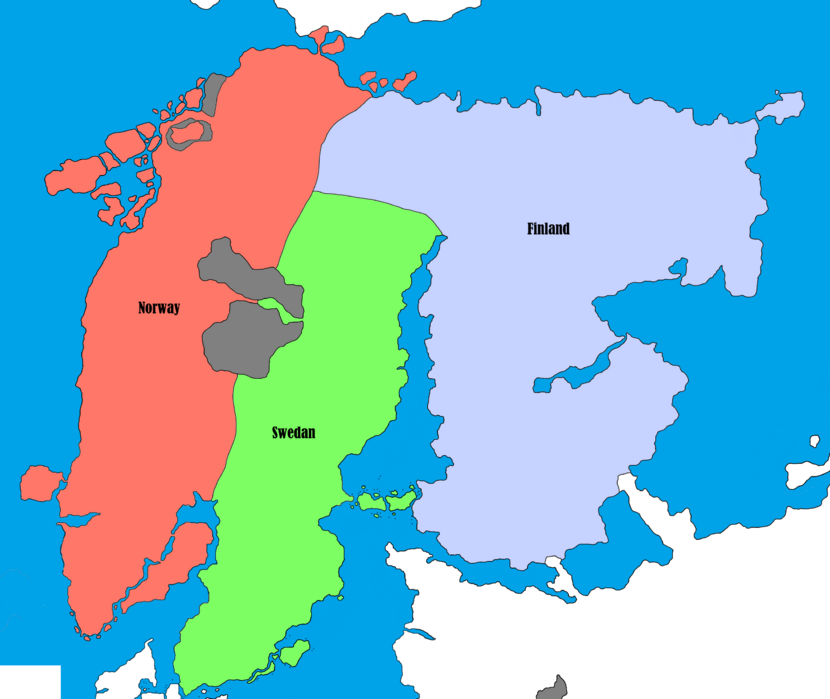 Swedan within Scandenavia
Add a photo to this gallery

About 15% of Sweden lies north of the Arctic Circle. Southern Sweden is predominantly agricultural, with increasing forest coverage northward. Around 65% of Sweden's total land area is covered with forests. The highest population density is in the Öresund Region in southern Sweden, along the western coast up to central Bohuslän, and in the valley of lake Mälaren and Stockholm. Gotland and Öland are Sweden's largest islands; Vänern and Vättern are its largest lakes. Vänern is the third largest in Europe, after Lake Ladoga and Lake Onega in Russia.

Most of Sweden has a temperate climate, despite its northern latitude, with four distinct seasons and mild temperatures throughout the year. The country can be divided into three types of climate; the southernmost part has an oceanic climate, the central part has a humid continental climate and the northernmost part has a subarctic climate. However, Sweden is much warmer and drier than other places at a similar latitude, and even somewhat farther south, mainly because of the Gulf Stream. For example, central and southern Sweden has much warmer winters than many parts of Russia, Canada, and the northern United States.[68] Because of its high latitude, the length of daylight varies greatly. North of the Arctic Circle, the sun never sets for part of each summer, and it never rises for part of each winter. In the capital, Stockholm, daylight lasts for more than 18 hours in late June but only around 6 hours in late December. Sweden receives between 1,100 to 1,900 hours of sunshine annually.

Temperatures vary greatly from north to south. Southern and central parts of the country have warm summers and cold winters, with average high temperatures of 20 to 25 °C (68 to 77 °F) and lows of 12 to 15 °C (54 to 59 °F) in the summer, and average temperatures of -4 to 2 °C (25 to 36 °F) in the winter, while the northern part of the country has shorter, cooler summers and longer, colder and snowier winters, with temperatures that often drop below freezing from September through May. The highest temperature ever recorded in Sweden was 38 °C (100 °F) in Målilla in 1947, while the coldest temperature ever recorded was −52.6 °C (−62.7 °F) in Vuoggatjålme in 1966.

On average, most of Sweden receives between 500 and 800 mm (20 and 31 in) of precipitation each year, making it considerably drier than the global average. The southwestern part of the country receives more precipitation, between 1000 and 1200 mm (39 and 47 in), and some mountain areas in the north are estimated to receive up to 2000 mm (79 in). Despite northerly locations, southern and central Sweden may have almost no snow in some winters.

The Vandals are by far the most numerous of the people of Swedan consisiting of more then sixty percent of the entire region of Swedan, but as a total population the lands of the Kingdom of Lucerne now have the largest Vandal population in the world after the Great Migration pushed many of the Vandals from Swedan to Central Europe.

Retrieved from "https://lucerne.fandom.com/wiki/Swedan?oldid=76845"
Community content is available under CC-BY-SA unless otherwise noted.