Start a Wiki
Tared Bolten is the son of Reznik, and Lysa Bolten making him a member of House Bolten through his father, and a member of House Tully through his mother. Tared Bolten has two siblings in Mika, and Misha Bolten of which his brother Mika was a valient knight of whom led a Bolten force into Dragonstone in the far east and was eventually killed in the fighting, while Misha Bolten would come to marry Justin Cole, and in this marriage she would come to love him and protected him from the harm that was going to befall him without her.

Tared Bolten as a young man was sent southward where he squired with the Karstarks and was the personal squire of Rickard Karstark. Tared became increasingly violent during his time there as he wanted to be popular, and this eventually led to Rickard sending him back to Bolten after he murdered a serving girl and flayed her body leaving her for all to see. Returning to Bolten he became close with Ramsey Flayed of whom had come to the capital after Domeric had insisted he live with them. Tared fostered the hatred of Ramsey towards Domeric, and he was one of the first to join with Ramsey when he begin to hunt the village women and torture them at his person keep north of the Dreadfort. Tared Bolten remained in the capital for much of the Bolten-Lucerne War, and fed Ramsey information about what was happening, and he would be responsible for many of the deaths during the Dreadfort Court Massacre. 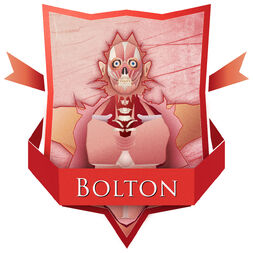 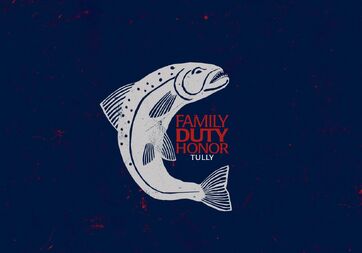 Lysa Tully - Mother
Add a photo to this gallery

Retrieved from "https://lucerne.fandom.com/wiki/Tared_Bolten?oldid=49117"
Community content is available under CC-BY-SA unless otherwise noted.