Thomas Johanston is the son of Adelhelm, and Kirsa Johanston making him a member of and the current lord and patriarch of House Johanston. Thomas Johanston has two siblings in the form of Eike, and Metalyn Johanston of which Eike would die at only one year old as she was sickly from the moment she was born, while Metalyn would sacrifice herself for all intensive purposes to allow Thomas to take his son back to the lands of Jonaston and she remained a hostage in a Karstark marriage for years afterwards until eventually released during the Bolten-Lucerne War.

While just married it was Thomas Johanston that discovered that his lover from before his marriage in the form of Sasha Karstark had given birth to his child, and when he discovered the way she and her child were being treated he demanded justice instigating the first stage of the Johanston-Karstark conflict. Rickard Karstark II. would grow into a rivalry with his cousin Domeric Johanston and this rivalry would eventually end with the two dueling and Rickard being horribly scarred leading to Domeric being imprisoned in Karhold, and after Sasha Karstark attempted to flee Karhold to gain assistance from her former lover and Domeric's father she would be killed sparking the final conflict between House Karstark and House Johanston. Domeric Johanston would join the forces of his family as they turned against House Karstark during the Bolten-Lucerne War and would lead the charge over the northern wall before he finally along side others of his family were able to find his aunt Metalyn of whom they would rescue from her long hostage taking in Karhold along with her children. 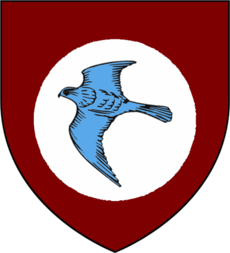 Kirsa Johanston - Family
Add a photo to this gallery
Retrieved from "https://lucerne.fandom.com/wiki/Thomas_Johanston?oldid=67773"
Community content is available under CC-BY-SA unless otherwise noted.