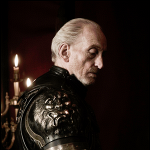 I am the Archer and I have written the Shadow of Rome story, as well as the smaller Roman stories in Pax Romanus, and an upcoming Backround story on Rome.

Alongside this I have played Rickon Starke during our games many times and his role in the other stories I have assisted with.

Retrieved from "https://lucerne.fandom.com/wiki/User:Archers111?oldid=29664"
Community content is available under CC-BY-SA unless otherwise noted.