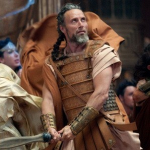 Hi, welcome to Lucerne Wiki! Thanks for your edit to the Taimen Scarlet page.

(I apologize I did earlier improperly wrote this message to you, and with several edits) I would like to ask about editing/expanding some stuff to the Kingdom of Poland page, and I thought I'll ask you, as you created it. Specifically tie Poland to Andals , or alternately their original royalty and part of nobility to Vandals  . You see, in Polish legends and chronicles, Poles were described as coming from Vandals, up to having legendary princess and queen named Wanda , after who supposedly Vandals are named - although other chronicles tell, Wanda and Vandals were named after Wanda's ancestor Vandal/Wandal.

The father of the legendary founder of the Piast dynasty, Piast, was named Chościsko , posibly deriving from the name of the Hasdingi.

There is some genetic evidence corroborating this - with the Piast dynasty having the genetic Haplogroup R1B, more typical of Germans and Norse, as well some reaserch on the population of Poland suggesting a partial descent from East Germanic tribes (ie Vandals and Goths), and the Vandals who conquered Sardinia being in a significant part of the males were partilineary descended from proto-Slavs/pre-Slavs , showing Vandals indeed extensively mixed with Slavs/pre-Slavs.

To return to my idea is that ancestor of Poles, could be the same as the ancestors of Andals (who are even Slavic on this wiki), with the Andals moving first from Ukraine to Finland, then to Scandinavia, while the rest (Andals who were ancestor of Poles) moving to today Poland. With "Polish-Andals" not being corrupted by Chaos, opposed yo their northern cousins Especially that Snorri in the Ynglinga Saga possibly localized Vandals as (Vanir) in the river lands around Don, near Ukraine (although he might have also meant the proto-Slavic Venedi, who also though often mixed wit Vandals, with some even theorizing Vandals were partially Germanized Venedi.)

Another thing is that Andals in the New World, seem to be synonymous with Alans (seen in the Vandal page ), of whom other stories also tell Poles come from Alans, or more often Sarmatians of which Alans were one tribe of.)

So what do you think of this idea?

Retrieved from "https://lucerne.fandom.com/wiki/User_talk:WhiteKnight11?oldid=67900"
Community content is available under CC-BY-SA unless otherwise noted.