Valen is a second generation Titan created the child of Malekor, and Luna making him as a member of the Luna Pantheon until its destruction where he became the God of the Exodar remaining loyal to the Noble Titans.

Valen is the spiritual leader of the Noble Draenei where his preaching guides them down the road of nobility and honorand a devout believer in Christianity after his close friendship with Jesus of Syria.

The Draenei were created by Malekor in the goal of maintaining his role as the keeper of the Moon, and in this way the Draenei were based around the massive fortress ship of the Exodar of which circled the massive satelite of the Earth. The Exodar was designed with massive defensive capabilites which the Old Ones had hoped would allow the Man'Ari to defend the planet from any attacker, but its main purpose was as a center of science from which the Old Ones could continue to keep tabs on the goings on of Earth. In this way the Man'Ari were the safegaurds of the assistence of the Old Ones, and for this reason they were vastly important to the plans on Earth. On the moon though the Eredar were much larger and powerful. The moon had been seeded with atmosophere and had come to be known as Titan after the commanders left behind by the Old Ones. The Eredar formed the backbone of what the Old Ones meant to be the protective force for the planet, and they had a simple means of reaching the planet through the Dark Portal, of which allowed access to the Earth through a portal located in Ind. For centuries the two sides lived in peace, and the Draenei came to form the Founding Races of the Earth and built themselves a kingdom on Titan of which was truly magnificant to behold. In this beauty they were led directly by Malekor of whom adopted three leaders to adhere to his laws and make sure that the Draenei were following his wishes. Malekor didn't enjoy the mechanics and metel of the Exodar and for this reason spent much more time with the Eredar meaning his influence over them was much greater then over the Man'Ari.

Having never seen the world outside the moon, and the Exodar they were influenced heavily by the trip of a group that is now known as the Hands of Argus. The Hands of Argus would travel to Nerekhara on the command of Naaru and while there would assist Jesus in his rise, and along the way become believers in christianity of which they called the Holy Light. Returning to Exodar they would spread the religion quickly to the point that even the leader in Valen soon fell into Christianity. 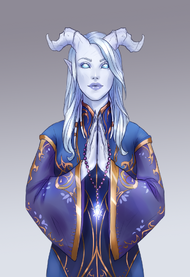 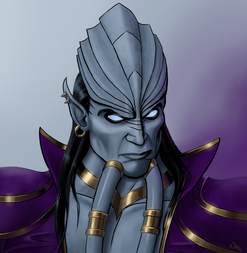 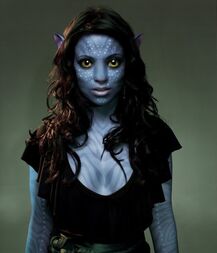 Eywa - Aunt
Add a photo to this gallery

Retrieved from "https://lucerne.fandom.com/wiki/Valen?oldid=62665"
Community content is available under CC-BY-SA unless otherwise noted.