William Lovie was the son of unknown parents of the Lovie bloodline that made William Lovie the patriarch of House Lovie during the time of the Driving Tide. He would marry two women in his life first in the form of Lana Lovie of whom many speak may have been his sister but others say she was a commoner. With Lana Lovie he fathered two children in the form of Martin, and Therese Lovie of which his son Martin would die a hero during the Driving Tide and was beloved by all that knew him, while his daughter Therese was a beautiful women of whom was unable to have children and thus died childless but a loved member of House Lovie. His second wife would be Jeane Lovie of whom was a member of House Swan and he would love her deeply as well though never as much as his earlier love for Lana Lovie. With Jeane Lovie he had three more children in the form of William, John, and Andrea Lovie of which two would go on to become legends in the Kingdom in the form of William being a great dragon rider and one of the more famous lovies in history, while John was infamous as he betrayed his family killed William and then was defeated and now living on in infamy as a Nazgul, while his youngest daughter Andrea would be brutally murdered and now lives on as Morrigan a daughter of the ancient evil Flemeth.

William Lovie was the first King of Lucerne, and is arguably the most important member of the Lovie Family in its long history. His victory and leadership during the Driving Tide are the stuff of legends, and he ruled the Kingdom effectively for the remainder of his life, before finally dying at a very old age. It is an interesting thing to note that two of his children remain technically alive as John Lovie is alive as a Nazgul serving Mordor, while his daughter Andrea remains alive as a daughter of Flemeth.

He was known as the Dragon King, as he was the first man of Lucerne to learn the skill of riding Dragons. This Dragon riding would be the main proponent in many changed in the Lucerne Valley including the human-Dwarven victory during the Driving Tide, the creation of the Kingdom of Lucerne, and finally the explosion of the Dragon Worship as the religion of the land following his reign in power.

William Lovie was born in the city of Forks to his parents Marsha and Greybane Lovie who were Vandals. As he grew up he grew close to two other young men in Forks in the form of Aryes Targaryan of House Targaryan, and John Swan of House Swan. Together the three grew very close, and throughout their youth they became known as a forced to be reckoned with when they single handedly beat back the Hare Gang that had long harrassed the road west of Forks.

Dragon Quest of William Lovie I.

With House Lovie coming out victorious during the events of the Driving Tide and gaining control over Lucerne, and shortly afterwards much of the valley Tytos Lannister went about attempting to fix the situation. Tytos knew that William was having a problem finding a house for the east due to the lack of fortresses other then Lannistane, and thus Tytos travelled to Lucerne where he offered to build Stormwind into a massive fortress which could become the anchor of eastern Lucerne, and the only thing he wanted was to be Lord of Stormwind upon its completion. William supringingly agreed and so Tytos went to work building the city. By the time it was completed it was nothing more then the first tier of what it is now, but it was magnificant anyway, and thus when William arrived to see it the two very old men met for the final time, and William got Tytos back for everything Tytos thought he had gotten away with.

"Thank you Tytos for building this wonderful city...please give me a moment to properly make you understand. I was not lying to you when I said that you would be the Lord of Stormwind but then again you were not lying to me when you said you were going to return to Lucerne with an army. You did one day return with an army, but you and I both know there was no rebellion in Lannistane...in the end you betrayed me, and for that you must be punished. I could have you strung up but I'm not going to do that. Instead I'm going to make you Lord of Stormwind...well atleast Co-Lord of Stormwind alongside House Starke. Understand that this is my forgivness of what you did. Understand that your going to swear an oath to me and all of my descendents here and now. From this day on this oath will bind you to your word. Never again will you be given forgivness. Next time our forgivness will be a sword."

Following this speach William forced Tytos to swear a personal oath on behalf of every future House Lannister member, that if broken would mean treason for the entire house.

"The reports just kept filtering in, as the Empire flooded across the borders and attempted to cowardly take control of Arnor while it had promised to not do so. My father would send word to The Empire that we would side with Arnor and in return they send the eyes of our messenger back to us. My father did not like that one bit, but we had no choice. We couldn't go in on our own or we risked being destroyed ourselves.It was in that knowledge that my father would send my brother to meet with the heads of our allies so that we could all come together in order to save Arnor."

John's father William Lovie was by this point quite old, and his body was beggining to fail him, but he continued to command over his men to the point that he demanded to be on the next carriage to Nuln so that he could speak to the Emperor but he was made to understand that he would not survive such a trip. William Lovie ended up sending a message to the Emperor that he needed to pull out of Arnor or the Kingdom of Lucerne would intervene on the side of Arnor. The Empire did not respond just sent the eyes of the diplomat back to Lucerne as their responce, and it is said that William's screams of anger could be heard throughout the entire city of Lucerne so angry was he. His son William Lovie II. would at this point travel to Gondor and set up an agreement with Gondor, Lorderon, and the Riverlands that they would all group together in order to assist Arnor if the forces of the Empire moved past the most recent peace lines. On this trip William Lovie II. would become close to Aragorn Elessar the Emperor of Gondor, and it was this closeness that would eventually make Aragorn trust in William Lovie III. when he too came calling for help.

In William's final years his body had begun to fail him, and he was confined to less and less space as he could move less and less. He lost much of the constant updates that he become accustomed to finding out, and it was because of him falling out of the loop that he was not able to see the change in his youngest son John Lovie. When his son William the second went to fight in the war in Arnor many believed he would not survive to see his son return, but William held out for the year that his son was gone, and once his son had returned he died only four days later. 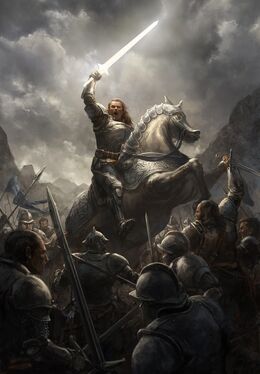 William Lovie II. - Son
Add a photo to this gallery 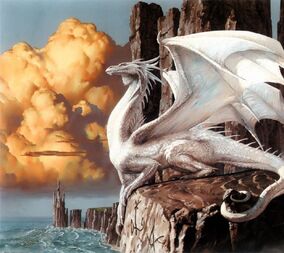 Stragnarax - Friend
Add a photo to this gallery

William Lovie, and Stragnarax first met during William Lovie's adventure into the forests west of Lucerne. During these battles the two allowed their strong connection to keep them during the intense fights, and when the fighting was over Stragnarax accompanied William Lovie back to his home in Forks. With Stragnarax William became the harbiringer that would lead to the complete destruction of the Goblin horde at the Final batttle of the Driving Tide.

Retrieved from "https://lucerne.fandom.com/wiki/William_Lovie?oldid=72909"
Community content is available under CC-BY-SA unless otherwise noted.