Wodanz is a commoner Teuton who was born in Austria and uplifted by the Titan Tiewaz to become immortal until his death during the fall of the german pantheon.

Tiewaz would join the expanding forces of the Thunderlands in Germania alongside her brother Freyr who used an army of Sky Giants to help Tiewaz gain control of modern day Austria and during this conquest of the land it was Tiewaz that came to fall in love with a human Tueton named Wodanz. Wodanz would be targeted by the forces of Chaos and as an uplifted human he was relatively easy pickings for the Titan Godrus who angered by the work of Odin's children in Germania made it his mission to turn the growing German pantheon away from their path, and the turning of Wodanz would mark the beginning of the end for the German Pantheon. Wodanz following his corruption would allow agents of darkness into the court of the Kingdom of Teut and these agents had the affect of turning several prominent members of the german pantheon to his side in the form of his wife Tiewaz, and Fahlena of whom while both not fully corrupted joined his side, while his daughter Halena fled the court for her grand father to warn him what was happening. Wodanz would be confronted at the Battle of Nulne by Odin, and Tamfana who led most of the army of the Kingdom of Vandalia against the Kingdom of Teut, but in a shocking turn of events Odin and the Kingdom of Vandalia was defeated by the forces of Teut and after they captured Tamfana it was Odin who agreed to leave the conflict in return for her safe return and the allowance of the Vandals to leave Germania for the north. 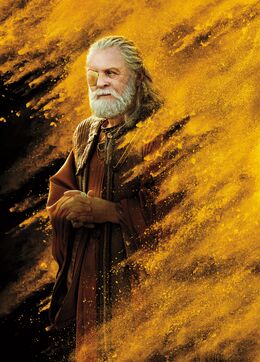 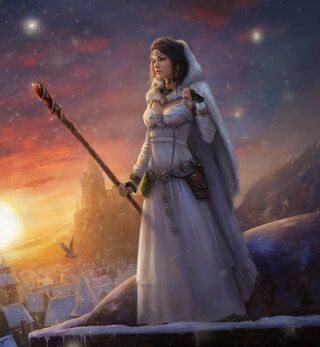 Tiewaz - Wife
Add a photo to this gallery 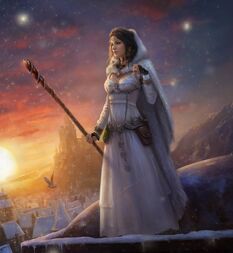 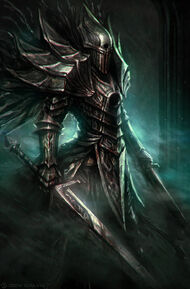 Godrus - Menipulator
Add a photo to this gallery
Retrieved from "https://lucerne.fandom.com/wiki/Wodanz?oldid=73248"
Community content is available under CC-BY-SA unless otherwise noted.